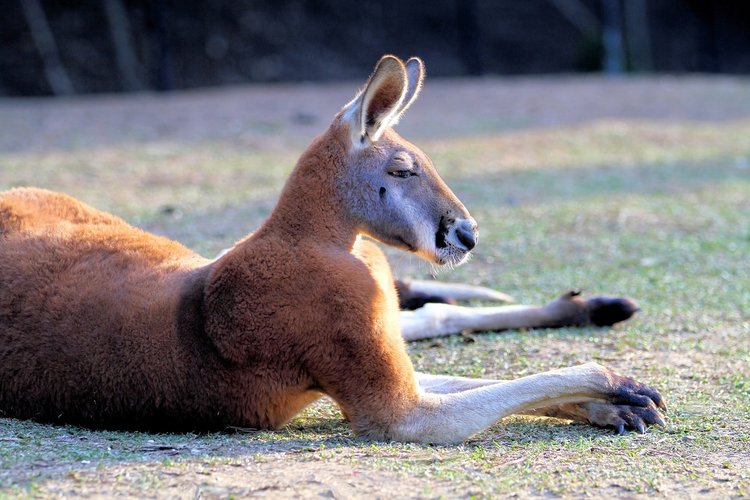 Species of Kangaroo you can find whilst touring Australia

Species of Kangaroo you can find whilst touring Australia

One of the main reasons people dream of visiting Australia is to see the wildlife, which is like no other country on the planet – with its kangaroos being one of the main draws. So before you head on an escorted holiday to Australia, why not make sure you are all clued up on the three main types of kangaroo in Australia. Read on to find out more about these fascinating creatures…

The largest species of kangaroo, the red kangaroo is found mostly in desert habitats, such as that of the Red Centre, so you may come across one during your travels to Alice Springs and Ayers Rock. With a male measuring 6 feet tall and weighing in at 200lbs, and a female measuring 4 feet tall and weighing around 75lbs, you certainly won’t want to get up too close. White stripes running from mouth to ear and black and white lines around the muzzle help to distinguish them from other species, and their long back feet allow them to reach speeds of up to 35mph. A red kangaroo’s diet mostly consists of plants and foliage, and can survive with very little water, taking in most of its required water from its food supply.

A member of the grey kangaroo family, the eastern grey kangaroo lives within the forest and grasslands of the country’s east coastal area. They measure up to 6 feet tall, with an adult male weighing up to 145lb, and an adult female weighing up to 90lb. Grey kangaroos lack the markings of the red kangaroo, and their eyes also appear larger, with a light grey colour to the body and a light silver-coloured stomach. These kangaroos are predominantly grazers, feeding on grasses rather than shrubs. 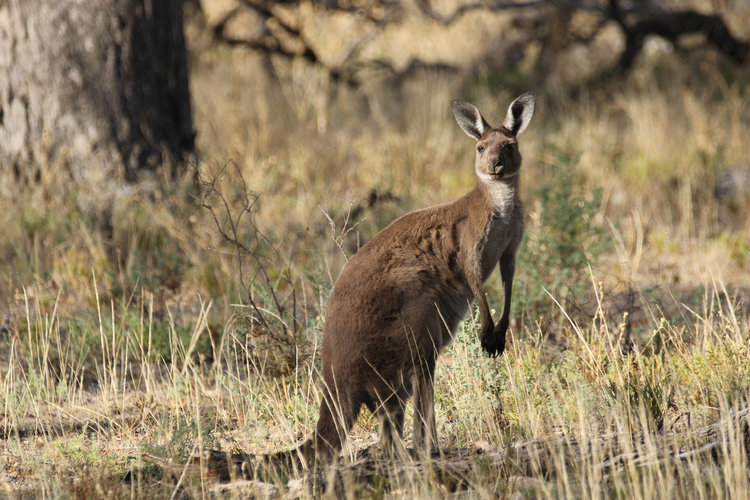 You’ll have the chance to get up close to the Kangaroo Island kangaroo as part of a Distant Journeys optional excursion from Adelaide. You’d be mistaken for thinking you’ll only get to see Kangaroos on this stunning island. Filled with nature and wildlife like no other, take a look at 6 animals to see on Kangaroo Island.

Images by David Rich via Pixabay and Donald Hobern via Flickr.