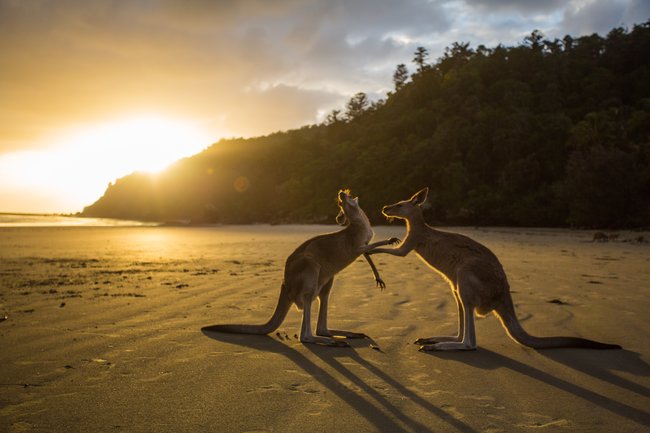 One of the main reasons that people visit Australia is for its unrivalled natural scenery, as well as the diversity of wildlife that call these amazing landscapes home. Australia’s unmissable wildlife ranges from the dingoes of the desert to the colourful fish of the Great Barrier Reef, and of course the trademark Australian animals: kangaroos and koalas.

In this article we’ll be taking you through the mammals of Australia, many of which you’ll be able to see while enjoying a tour of Australia with us.

Closely related to dogs, the dingo is known as Australia’s wild dog, although some Australians have domesticated them and keep them as pets. They are also similar to wolves in that they hang out in packs.

Brought to Australia over 4,000 years ago by seafarers from Indonesia, dingoes can be seen in many landscapes across the country, although the colour of its fur does change depending on where it lives. Dingoes tend to have red fur with white feet, but if you spot a dingo as you’re passing through the desert, it may have gold-coloured fur, or darker fur if you see one in a forest. 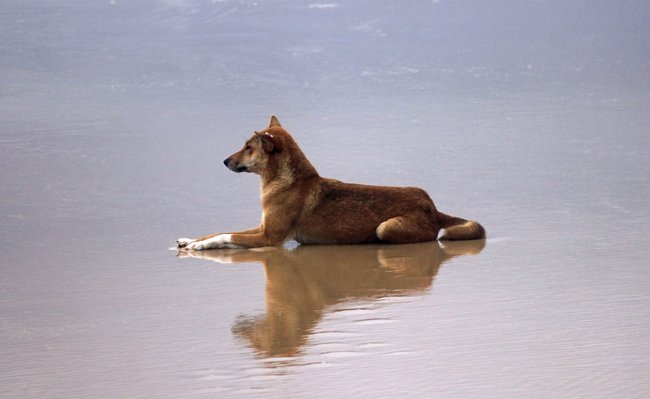 Everyone knows that kangaroos hop to get about, and that’s because their feet are too large for them to walk. Another trademark of kangaroos is that they are part of the marsupial family and keep their babies (joeys) in their pouch until they are up to a year old.

Kangaroos live in a variety of landscapes across Australia, from grasslands and savannahs to forests and woodlands. The aptly named Kangaroo Island is perhaps one of the best places to see these marsupials in their natural habitat.

Echidnas are the only egg-laying mammals remaining on the planet, and live solely in Australia and Papua New Guinea. Their spikey coats mean they resemble hedgehogs and porcupines, but they are far more unusual as their make-up has remained unchanged since prehistoric times. Feeding on a diet of ants, they can be seen in a variety of environments, from deserts to forests and mountains. 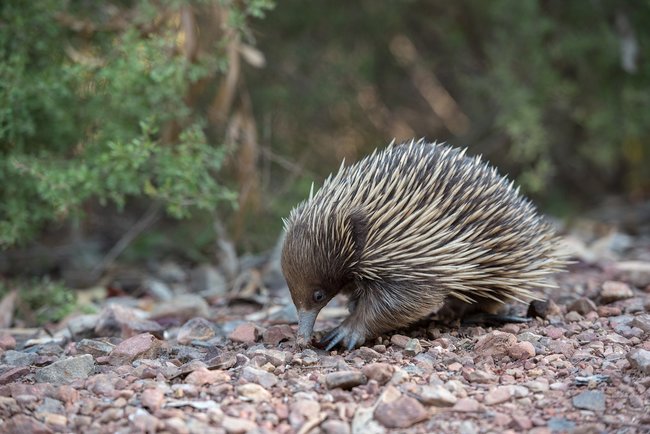 Fellow members of the marsupial family alongside kangaroos, koalas are one of the cuter Australian mammals, living in the eucalyptus forests of eastern Australia. Though they are often referred to as koala bears, they are not bears at all, with the wombat being their closest relative.

If you do spot a koala, there is every chance it will be asleep. They sleep for up to 18 hours a day, spending their short waking hours munching on eucalyptus leaves. 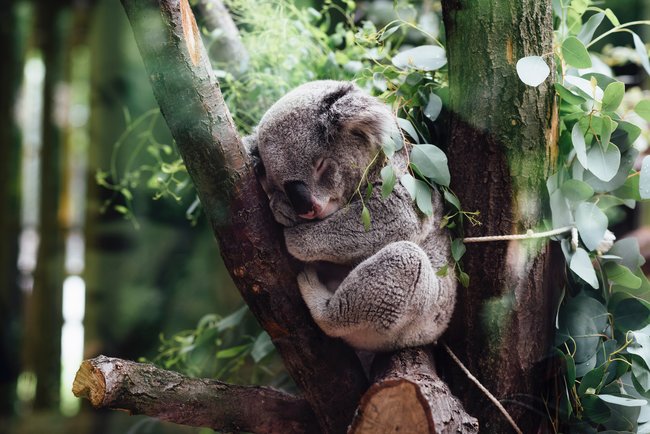 Another example of Australian wildlife you could come across and yet another marsupial is the wombat, which can be best seen in the National Parks of Southern Australia. Furry, stout animals with short legs, wombats can weigh up to 36 kilos, and often live alone rather than as part of a group. Closely related to koalas, they share with them the trait of being nocturnal, also only emerging to feed.

Although the wallaby is seen as the kangaroo’s smaller cousin, some larger wallabies can measure 6 feet from head to tail. There are many kinds of wallaby, and they are often classed by the habitats they live in: the brush wallabies, shrub wallabies and rock wallabies are just a few examples. Tammar wallabies, the same size as a rabbit, are the smallest species, and another of the many animals to spot on Kangaroo Island.

Images by Austin Elder and Jordan Whitt via Unsplash and Berd Hildebrandt and pen_ash via Pixabay.