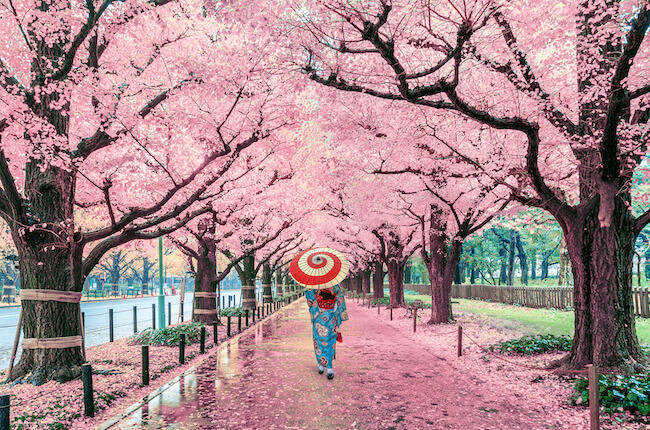 Visiting Japan for the first time? Follow these useful tips

Visiting Japan for the first time? Follow these useful tips

Japan is one of the world’s most fascinating countries, where the contrast between its imperial history and its futuristic technological developments will simply blow your mind. From historic cities such as Kyoto and the serenity of its mountains and hot springs to the hustle and bustle of Tokyo and the country’s many unique quirks, going to Japan for the first time is an unbelievable experience.

Our escorted tours of Japan departing from the UK mean that your first time travelling to Japan couldn’t be easier. Visiting some of the country’s top sights and destinations, you’ll also have the freedom to explore some areas as you wish. The Japanese culture is quite different to Western culture – take a look at our tips for what to do on first-time trips to Japan and you’ll be able to explore Japan with ease. 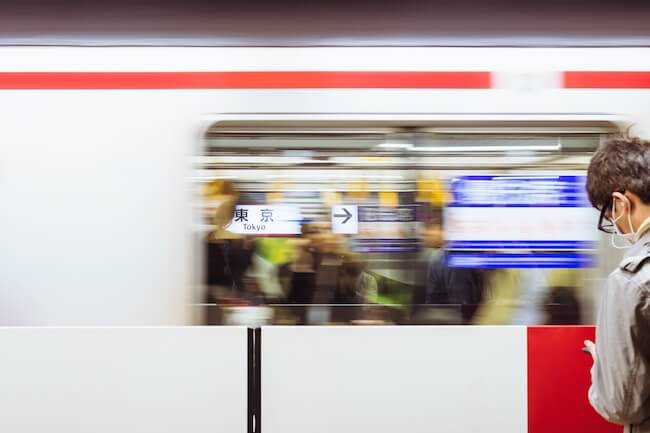 Japan has one of the world’s best public transport systems – it’s highly efficient and convenient, especially in its major cities, though travelling all over Japan is quite simple too.

Travelling by train is a brilliant way to get around Japan, with the majority of trains operated by JR (Japan Railways). Exclusive to foreign travellers is the JR Pass, which is well worth getting if you’re planning on travelling long-distance across Japan. You can enjoy some great savings with either a 7-day, 14-day or 21-day pass, and can be used on all JR-operated trains, including shinkansen (bullet) trains.

In big cities such as Tokyo, the subway is one of the easiest ways to travel around the city. The subway stations each have ticket machines with the option to purchase in English. You can choose from single fares or day tickets.

The best place to find a taxi is in front of a train station, or you can even hail one on the road New York-style. A red light means the taxi is available, while a green light on the roof indicates it’s already occupied. Many taxi drivers do not speak great English, so write down or print off the name of the place you want to go in Japanese and show it to the driver to avoid any confusion. 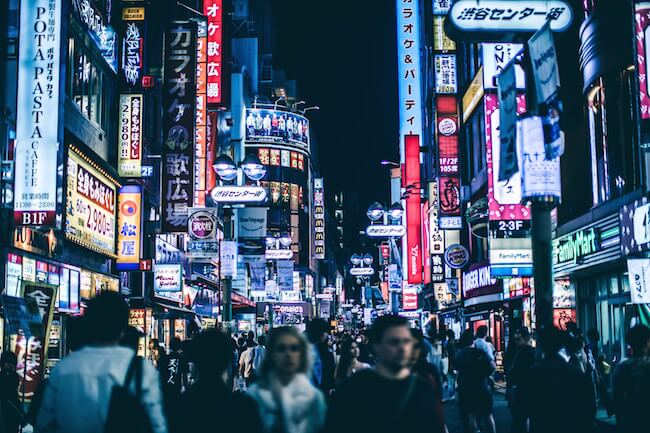 What to keep on you while exploring Japan

Carrying these things on your person should make your time in Japan much more convenient!

Cash – Although Japan is such a modern country, aside from larger stores, many shops, restaurants and other establishments only accept cash. Keeping cash on you is therefore essential. What can be problematic is that the majority of Japanese ATMs do not accept cards from outside of Japan. However, there is one solution in the form of 7-Eleven convenience stores, where you should be able to withdraw cash with your card. 7-Eleven stores are everywhere in Japan, so it should be relatively easy to find one.

Handkerchief and hand sanitiser – Japan is renowned for the cleanliness of its toilets, and even has electronic toilets in places, but the majority of public toilets will not have soap or hand towels. So be sure to keep a bottle of hand sanitiser handy, as well as a handkerchief to dry your hands. You can buy beautiful handkerchiefs almost anywhere in Japan if you don’t bring your own.

A plastic bag – Japan is one of the cleanest countries you’ll find anywhere in the world, but what you may not expect is that there are hardly any bins on its streets. Instead, do as the locals do and keep a bag on you where you can put any rubbish you’ve collected until you find somewhere you can throw it away.

Smartphone – A smartphone is arguably essential for a first-time visit to Japan, handy for translating, looking up directions, finding train times and more. Wi-Fi isn’t everywhere and your data package may be expensive, so download offline maps and translation packs before you go to help save money. 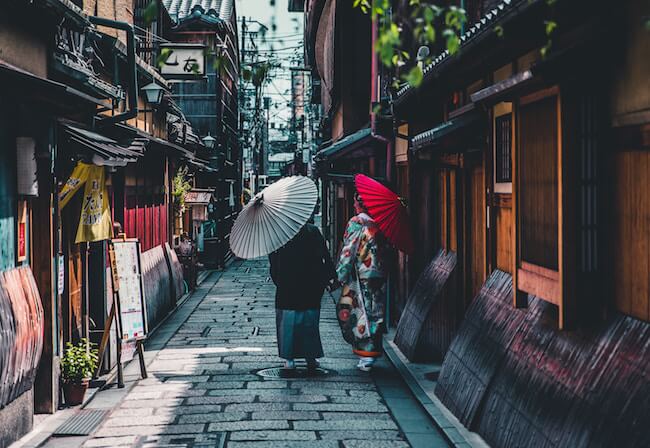 Rules of etiquette in Japan

If you’re visiting Japan for the first time, it’s useful to know some public etiquette and what is considered good and bad manners, and what you should do in certain situations.

Tipping – Contrary to some other countries, tipping is typically frowned upon in Japan, or may cause some confusion. The Japanese believe a good service should come as standard. Tipping may therefore cause confusion or even offence, if the person interprets it as the business not being profitable enough to support its workers.

Public transport etiquette – Disturbing other passengers is considered rude, so it is best to remain quiet or silent while on public transport. If you need to speak, do so in a low voice. Also be aware of where you have chosen your seat. Some seats are marked as ‘priority seating’, and should be given up for disabled, elderly and pregnant people as well as young children. You should also take care to not take up extra seats with your belongings on a busy train or bus.

Eating out – Practice using chopsticks beforehand, as some restaurants only use chopsticks, though some also offer spoons and forks. It’s acceptable to lift small plates and bowls up to chest level if you’re trying to avoid making a mess. Sipping soup from the bowl and slurping noodles, which normally come served in a broth, is fine too.

For a super-quick bite to eat or a drink, you’ll find vending machines are a quick and easy way to fulfil your needs. These can be found all over Japan’s major cities and you can find vending machines selling everything you can think of. You may get some odd looks if you eat or drink while walking down the street however. If you’ve got some food to go, find a place to sit and eat your food. This is also true for eating on public transport, unless you are on a long-distance train where a tray and cup holder has been provided. 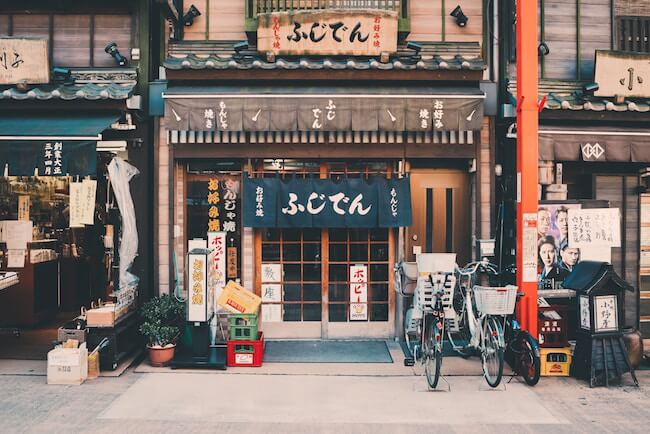 Another major thing to navigate when visiting Japan for the first time is the inevitable English-Japanese language barrier. English is not that widely spoken, even in Tokyo, and Japanese differs from English so much that most people may not know even a handful of English phrases. However, any effort to communicate in Japanese is much appreciated, and many Japanese people are used to bridging the language gap with tourists. To make things a little easier, here are some simple Japanese phrases you can use to help you get by:

Use this to ask where something is, such as the train station (eki – pronounced eh-kee), shop (mise – pronounced mee-seh), hotel (hoteru – pronounced ho-teh-ru) or the toilet (toire -pronounced toi-reh).

There are also a few points about body language to consider:

If you’re looking to see this amazing country and discover its unique culture for yourself, why not visit the very best of Japan with this tour? Our escorted tour of Japan visits some of the country’s stand-out destinations, such as Tokyo, Kyoto, Mount Fuji and Nara, and also includes some unforgettable experiences, such as riding the bullet train, dinner with a geisha and learning to make sushi.