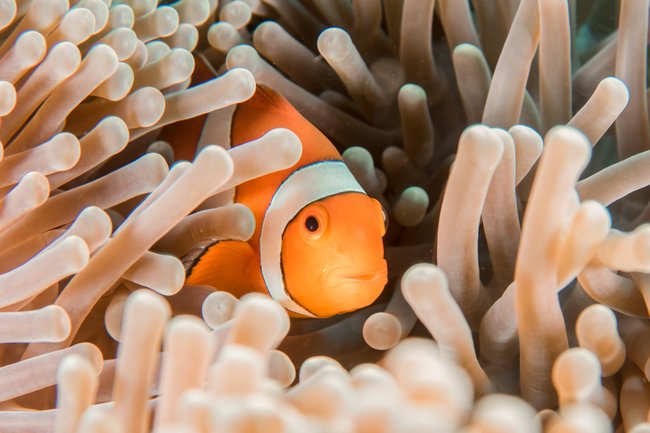 5 fish you may find in the Great Barrier Reef

5 fish you may find in the Great Barrier Reef

Alongside the animals and sea creatures such as rays and turtles in the Great Barrier Reef, you’ll discover that the colourful coral reefs are home to several different species of fish, each with their own distinctive appearance.

On our Australia tour exploring the Great Barrier Reef, you’ll have the chance to see the beautiful fish in their natural environment, whether you take a glass-bottomed boat ride or get up close while snorkelling or scuba diving. Here are five of the most striking, colourful and distinctive fish you’ll encounter while exploring the coral reefs.

A widely-known kind of tropical fish thanks to the popular film Finding Nemo, clownfish are a hit not only with fans of the film but with anyone who appreciates bright and bold marine wildlife.

Clownfish stand out thanks to their striking colours. Although white and orange is the most common colour combination, like in Finding Nemo, there are 28 sub-species of clownfish, and these come in a variety of colours, including pink, red, yellow and black. They can often be seen around anemones, which they keep close to, as they hide in them to keep away from predators.

One of the smaller fish you’ll find in the Great Barrier Reef, damselfish, like clownfish, also live in anemones, but can often be seen swimming above the coral reef, where they feel on plankton.

There are three kinds of damselfish, with the Caerulean damselfish being the most recognisable, with its bright blue body and yellow tail. Sergeant Majors can be recognised by their black and white bands, while the Blue-green Chromis has a colour reflective of its name.

The damselfish is easily startled, with the slightest sound often making them dart back to the safety of the reef. This is especially true is they have laid eggs, which they are extremely protective of. 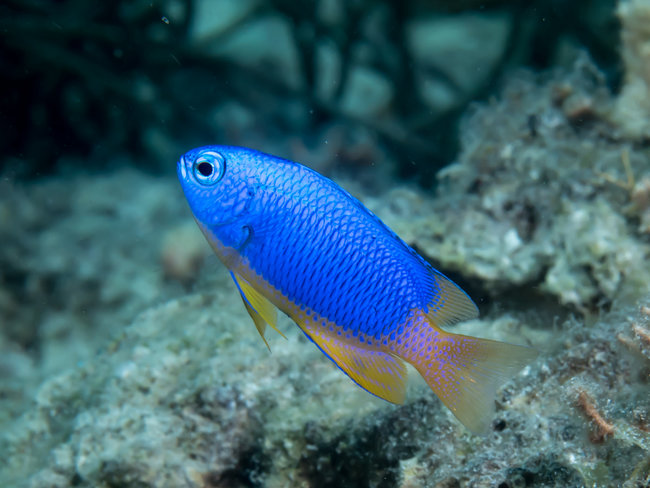 There are more than 85 species of marine angelfish (freshwater varieties also exist), and many of these can be seen swimming around the Great Barrier Reef. They have an unusual ‘flat’ shape and come in several bright colours, to help them camouflage with the colourful coral around them. Angelfish are either red, green, blue or yellow, with long, dark stripes.

When they’re not hiding in the coral, they can be seen feeding on sponges and small invertebrates.

Closely resembling the angelfish, butterflyfish are among the most common Great Barrier Reef you’ll see during your visit. They have thin, disc-shaped bodies, just like the angelfish, and with 114 different species, come in a variety of colours; intricate patterns backed mostly with bold blue, red, yellow or orange.

Feeding on live coral and small invertebrates, they are often seen pecking at coral and rock formations, and are renowned for their beauty and gracefulness while swimming. 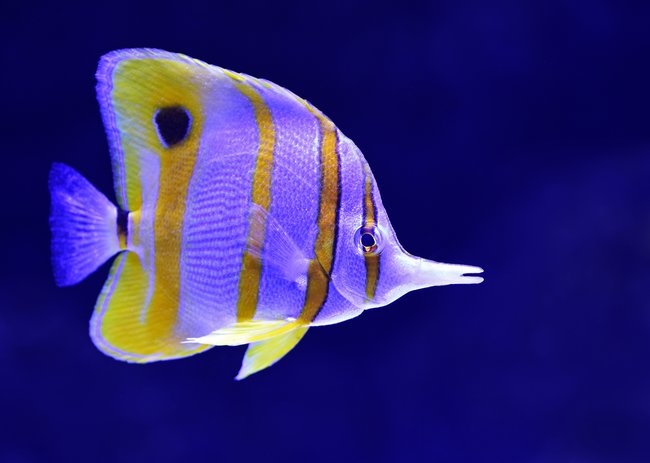 Another fish you’ll see in abundance in the Great Barrier Reef, the parrotfish is remarkable in many different ways. They come in a rainbow of colours and patterns, with males, females and young parrotfish varying even within the same species. What is even more surprising is that they can also change between the male and female sex several times throughout their lives.

The parrotfish’s eating habits are also fascinating, as they feed on algae, but do so by extracting it from chunks of coral, grinding it with teeth in their throat: one of the unique sounds of the Great Barrier Reef. Ripping chunks of coral from the reef, much of the sand in a parrotfish’s surrounding habitat is the ground-up coral they’ve excreted while extracting the algae.

Finally, their night-time habits are also remarkable; each night they form a cocoon from mucus, used to protect themselves from nocturnal predators.

Images by Sebastian Pena Lambarri and David Clode via Unsplash and Rickard Zerpe via Flickr.