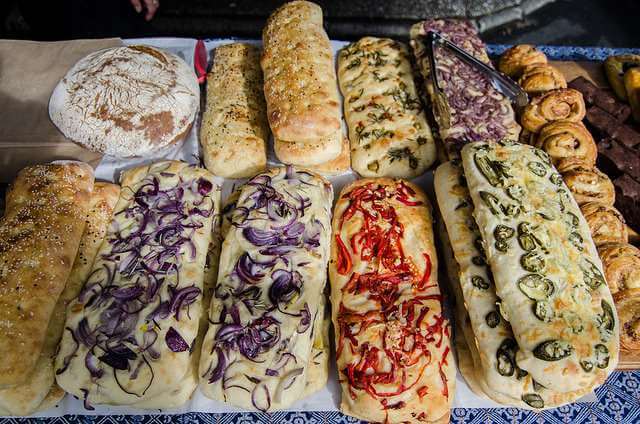 Food glorious food! Tasting new flavours and experimenting with local delicacies is what travelling is all about. Embark on an escorted tour of New Zealand and you won’t have to go far to find something to tantalise your taste buds. In fact, you might find some of the best gourmet discoveries right next to you in the street.

New Zealand’s street food has been around for a long time, but only recently has it evolved into a trendy and more favourable style of dining. In Auckland they have embraced street food by providing entertainment alongside this fashionable approach to dining. Every Friday evening between spring and autumn, movies are projected out onto an old grain silo right next to the street food market. As diners sit back, relax and consume their flavoursome food, they can be entertained by a movie or simply watch the sun setting in the distance over Auckland Harbour Bridge. With such an idyllic and vibrant setting, it’s a dining experience you really have to try.

Many street vendors are often pop-up outlets, however some do have their own base restaurant. So when it comes to finding the right one for you, a little research may be needed to scout out their location. Alternatively, The Street Food Collective tends to keep up-to date information about who’s who and where to go for the best food. Here are a few we recommend for you to try on your visit…

The great thing about street food in New Zealand is the variety. With the owners doting over their chosen delicates, a lot of pride is taken as it’s prepared for customers. At Judge Bao in Auckland, their speciality is the slow-cooked pork belly, which is then placed inside a traditional Chinese bun (known as a bao.)

You may come across a number of food trucks in New Zealand, so be sure to look out for The Lucky Taco. Their deliciously fresh flavours are all made from scratch, even the habanero sauce. So if you want to mix things up and get a taste of authentic Mexican food on your New Zealand travels, stop off in Auckland to grab one of these tasty tacos.

Tiger Burger started out when a group of friends, all passionate about the art of street food, decided to share their love of Korean and western street food with others. With their pop-up vendor being a success and many people wanting to taste their delicious kimchi and chilli burgers, the owners decided to have a permanent spot and open their own restaurant in Grey Lynn, Auckland. But don’t worry, true to their street food origins, they still venture out onto the road.

As the oldest and longest running food truck in New Zealand, The White Lady has an exceptional reputation and many loyal customers. Back in the 1950s The White Lady was serving yummy burgers to late night workers in Auckland. Today, with almost the exact same recipes that have proved the stand of time, they are still going strong.

If you’re a fan of the refreshing Mediterranean flavours then The Greek Food Truck will quash any cravings on your New Zealand tour. They’re open year-round in Wellington serving delicious Greek dishes, and pop-up at the Wellington on a Plate festival.

Located in Wellington, Antojitos (which translates to ‘little cravings’) is another of New Zealand’s best tasting Mexican delights. With succulent free-range meat and the Kiwi touch, these traditional Mexican dishes are seriously satisfying.