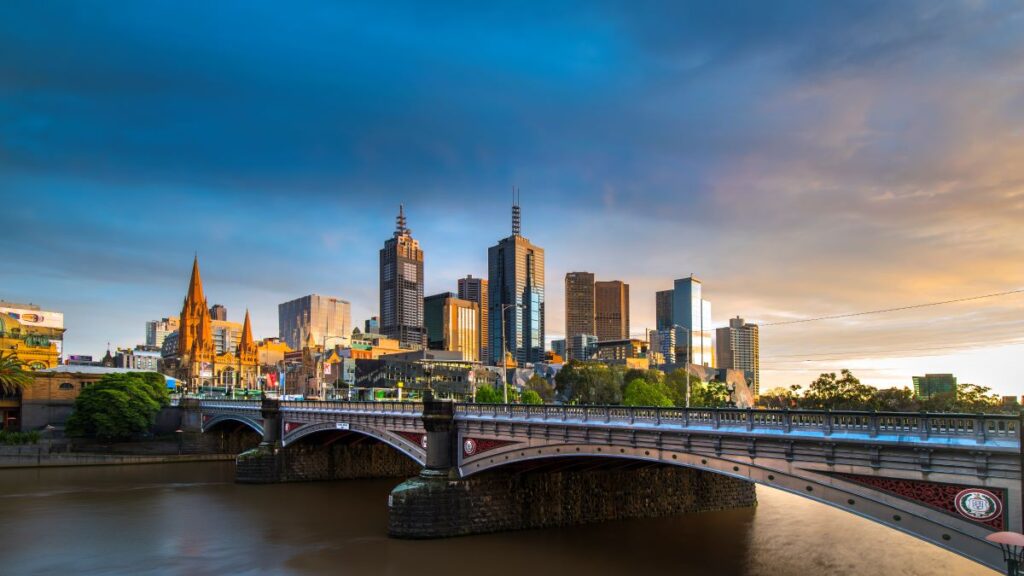 A favourite among many who go on Australia tour holidays, Melbourne is one of Australia’s most exciting and thriving cities. As well as breaking world records and creating world firsts, Melbourne also has its own eccentricities that you may not have known about.Below are ten of the most interesting facts about an incredible city that offers a lot to take in:

Outside of their own respective countries, Melbourne is home to the highest Italian and Greek populations in the world, with one area of Melbourne known as ‘Little Italy’.

The world’s first ever feature-length film, The Story of the Ned Kelly Gang, was released in 1906 and was filmed and made in Melbourne.

Under local laws, it is illegal to drive a goat or dog attached to a vehicle in a public place in Melbourne.

Melbourne was first named Batmania, after John Batman, a colonist farmer who landed in Port Philip Bay in 1835.

The largest outside Europe and the 4th largest worldwide, Melbourne’s tramway system consists of 450 trams and stretches along over 152 miles of track.

It is the only city in the world with five international-standard sporting facilities, making it the sports capital of Australia.

It has been ranked the world’s most liveable city since 2011, having been amongst the top three since 2002, by the Economist Intelligence Unit.

The world’s first eight hour working day was successfully campaigned for by a group of Melbourne workers in 1856, and is now celebrated every year in Victoria with a public holiday.

‘Australian’ beer Fosters was first brewed in Melbourne in 1888 – by American brothers William and Ralph Foster.