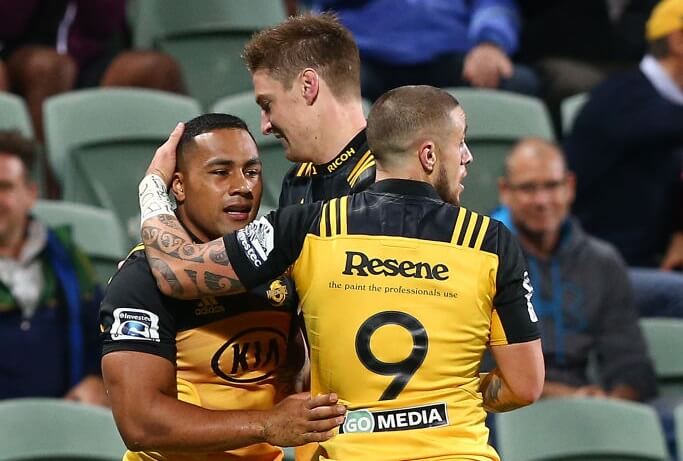 Rugby is the national sport in New Zealand, and you’re bound to come across a game when you visit the Land of the Long White Cloud. There is a traditional connection in New Zealand between rugby and the Maori people, you’ll already be familiar with the Haka, as performed by the All Blacks and the passionate nature of the Kiwi supporters.
The top five New Zealand rugby teams take part in Super Rugby, a trans-Tasman and Pacific competition which pitches the five teams against the best Australian and South African sides.
It is regarded as a huge honour to represent a Super Rugby team, because all the players begin their careers playing for their local clubs and the best are then chosen to play for their region. The top players in regional competition then go on to be selected for the Super Rugby sides.
Here’s a quick lowdown on the five teams, so read on to learn more about New Zealand rugby league so you can pick your team to cheer on!

The blues are based in Auckland, and were established by the New Zealand Rugby Union in 1996 to take part in the newly formed Super 12 competition. The Blues dominated the early years of Super Rugby winning back to back titles in 1996 and 1997.
Over its 20 year history, the club has produced some of New Zealand rugby’s biggest stars – Carlos Spencer, Joe Rokocoko and Keven Mealamu to name just a few.
They play in the famous Eden Park stadium, the ground where New Zealand won the 2011 World Cup. The Blues will be hoping to triumph at the ground again this year, with the help of current star players Akira Ioane and Jerome Kaino.

The Chiefs are based in Hamilton in North Island, and play in red, black and yellow at the Waikato Stadium.
Even by the standards of rugby in New Zealand, Chiefs supporters are pretty fanatical, and at their games you can always hear the loud ringing of cow bells, which are associated with Waikato.
In 2012, The Chiefs enjoyed their best ever season in Super Rugby. They hosted the final for the first time in the team’s history, comprehensively defeating the Sharks of South Africa by 37 – 6, claiming their first title.
The Chiefs’ standout players include Aaron Cruden, who was part of the All Blacks’ Rugby World Cup winning team in 2011, and world-class lock Brodie Retallick.

The Crusaders, based in Christchurch, are the most successful team in Super Rugby history, with seven titles to their name. Since Super Rugby was founded in 1996 they’ve also been runners up four times and indeed have only failed to make the playoffs four times in 20 years.
Their best known players are Dan Carter and former captain of the All Blacks, Richie McCaw who retired at the end of 2015.
The Crusaders’ name was chosen to reflect the crusading nature of rugby in New Zealand’s Canterbury region, and it also makes a nod to the English heritage of the city of Christchurch.
Visit the club’s official website to learn more about its illustrious sporting history.

More commonly referred to as The Canes, Wellington-based The Hurricanes are well represented at a national level, with players Ngani Laumape and Jordie Barrett recently being selected for the New Zealand All Blacks for the first time. They join five of their Hurricanes teammates for the upcoming New Zealand Lions test series.
If you’re in Wellington, The Canes play their home games at the centrally-located Westpac Stadium, so why not make like the locals and take in a game?

The fifth of New Zealand’s Super Rugby teams, The Highlanders are based in the Otago city of Dunedin, on South Island. It is to the predominantly Scottish settlers who emigrated in 1848 that the Highlanders name and colours owe their origin.
The Highlanders have had mixed fortunes since their inception, but triumphed recently and won the 2015 Super Rugby season by defeating the Hurricanes 21–14 on the latter’s home turf in Wellington
They are a side which boasts several members of the All Blacks, most notably Aaron Smith, Malakai Fekitoa and vice-captain of the 2017 All Blacks, Ben Smith.
Rugby in New Zealand truly is a national obsession, so whether you’re a keen player yourself, an enthusiastic amateur or even just an armchair supporter, nail your colours to the mast and cheer on your favourite New Zealand rugby team!