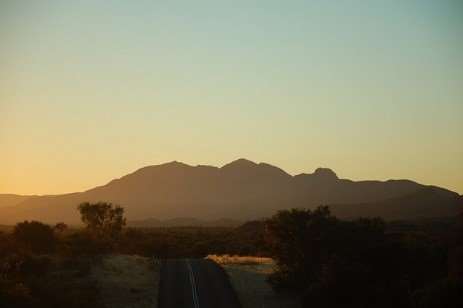 As part of the Australia holidays and tours offered by Distant Journeys, you’ll have the opportunity to spend some time in the world-famous outback, a pure remote wilderness filled with natural wonder. During this visit to the outback, you’ll get to visit Alice Springs, home of the Royal Flying Doctor Service, with an optional day excursion from Alice Springs to the West MacDonnell ranges also being offered.

The MacDonnell Ranges comprises of two sub-ranges, the West and the East MacDonnell Ranges, together measuring over 400 miles long. In between the vast mountains, you’ll discover many spectacular gaps and gorges, as well as beautiful flora, fauna and areas of Aboriginal significance.

The ranges were named after the former Governor of South Australia, Sir Richard MacDonnell, by John McDouall Stuart, who first discovered the ranges on an exhibition in 1860. Several explorers followed in his footsteps, including David Lindsay, John Ross and the Horn Expedition.

In the West MacDonnell Ranges, you’ll also find the Larapinta Trail, which runs a staggering 139 miles along the backbone of the range. Along the way, the bush walking trail reaches a number of landmarks, including Simpsons Gap and Standley Chasm, which you’ll have the opportunity to visit on the excursion.

Simpsons Gap is the first major landmark you’ll reach, as it is just 17km from Alice Springs. A beauty spot surrounded by walking trails, you may also spot some black-footed rock-wallabies, who live on the rocky slope.

Standley Chasm is another 30km or so away from Alice Springs than Simpsons Gap, and is the only privately owned gorge in the West MacDonnell Ranges. When the sun shines right above the chasm, you’ll be able to see the steep walls light up and glow orange from inside.