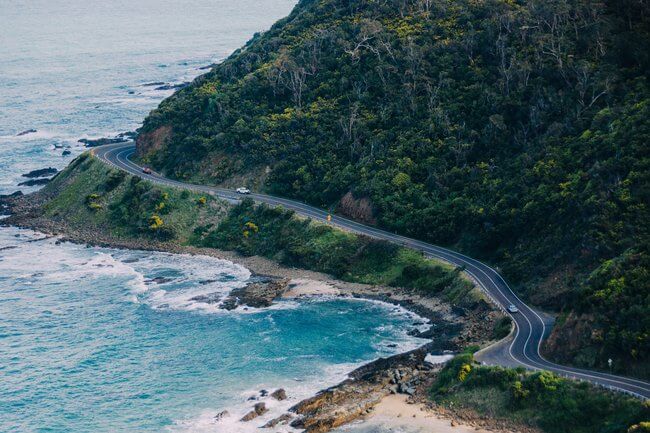 Everything you need to know about the Great Ocean Road

Everything you need to know about the Great Ocean Road

The Great Ocean Road drive is among one of the best coastal road trips in the world, spanning over 400 kilometres of Victoria’s coastline west of Nelson. Connecting Allansford near the South Australian border in the west to the surfer’s paradise of Torquay in the east, with some mesmerising sights and landmarks in between, the Great Ocean Road is simply a must-do journey when visiting Australia. It’s not just an impressive road trip though, so read on if you’d like to learn a few Great Ocean Road facts.

It’s the largest war memorial in the world

The Great Ocean Road is not only beautiful but also has an incredible story to tell. Back in 1919 following the First World War, the government wanted to create jobs for soldiers returning from war, with this huge construction being taken on by more than 3,000 ex-soldiers. Built in memory of the soldiers and servicemen who died in the war, it was made entirely by hand, only aided by explosives. Completed in 1932, the road is a truly impressive feat. 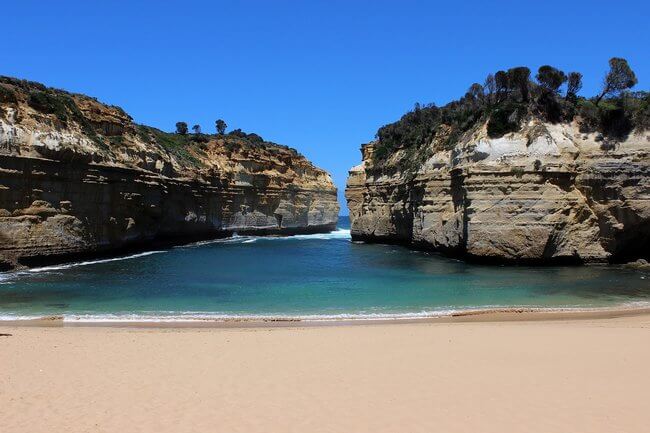 One of our favourite Great Ocean Road facts is that over 180 shipwrecks can be spotted off the coast during your drive. Some have fascinating stories to tell, such as the Loch Ard shipwreck, a ship which sank in a record time of just fifteen minutes. This took place in the Loch Ard gorge, named after the event.

Undoubtedly one of the must-see stops on the Great Ocean Road is the Twelve Apostles, a striking series of limestone rocks that tower out of the water. With erosion taking its toll over time however, just eight are still standing currently, but this geological marvel is still an incredible sight to behold. 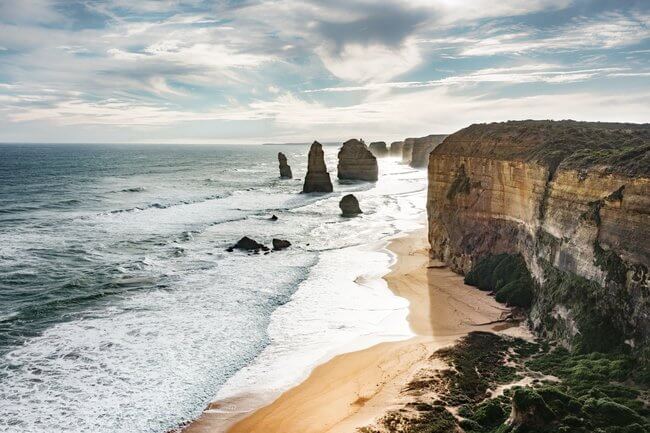 Featuring everything from sandy beaches to tall forests, tumbling waterfalls and rock platforms, the eastern section of the Great Ocean Road encompasses the Great Otway National Park. This National Park also features the Great Ocean Walk, where you can stretch your legs and admire the scenery, and flora and fauna on foot. To the west, the Port Campbell National Park is famous for its wave-sculpted rock formations, including the Twelve Apostles, London Bridge and the Gibson Steps.

Look out for whales

There’s no need to go out on the water to see whales on the Great Ocean Road, where between June and September it’s definitely possible to spot whales from the coast. During this time of year the whales arrive on the coast to give birth to their young, so you might even be able to see a young calf.

If you’ve been inspired to visit Australia and see the Great Ocean Road, among many of the country’s other wonderful sights, you can make it happen on these escorted tours of Australia, where we offer an optional Great Ocean Road tour.

This tour gives you the opportunity to see the very best of the road in one day, starting with an hour-long road trip from Melbourne to the beautiful Bells Beach in Torquay, the beginning of the Great Ocean Road. During your adventure, you’ll take in the road’s most famous sights, including Gibson’s Steps, the Twelve Apostles, Loch Ard Gorge, and the fishing village of Port Campbell and the surrounding National Park.