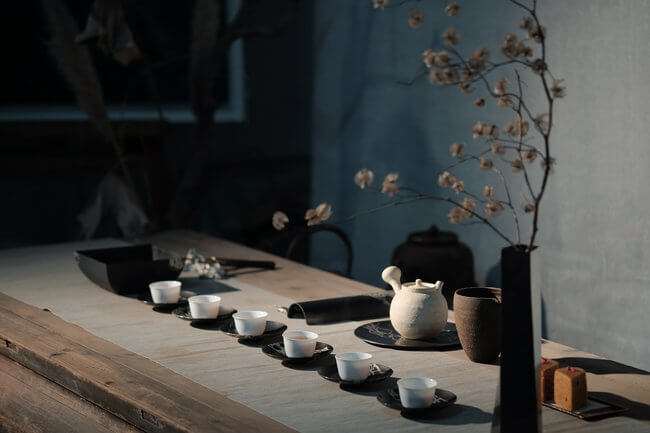 The Chinese tea ceremony: everything you need to know

The Chinese tea ceremony: everything you need to know

The Chinese tea ceremony is one of China’s most famous traditional customs, and for centuries has been integral to Chinese culture. Before you visit China, read on to find out everything you need to know about this ancient tradition as well as what to do if you take part in one.

Nowadays the traditional tea ceremony is commonplace at Chinese weddings and other formal events, although many Chinese also take part in a ceremony when welcoming someone into their home. If you’re visiting China, you can also see and try out a traditional Chinese tea ceremony in a teahouse – you’ll find these in abundance throughout towns and cities across China.

There are several different kinds of Chinese tea ceremony, although the most practised is the Gongfu (also known as Kungfu) tea ceremony. This is usually the kind of tea ceremony you will find performed in tea shops, with oolong tea traditionally the tea of choice served to the participants.

The Wu-wo tea ceremony is another well-known example; this has Buddhist roots and takes the performance one step further, encouraging those who take part to leave behind their knowledge, appearance and wealth. The aim of this is to establish equality within the group and promote togetherness. 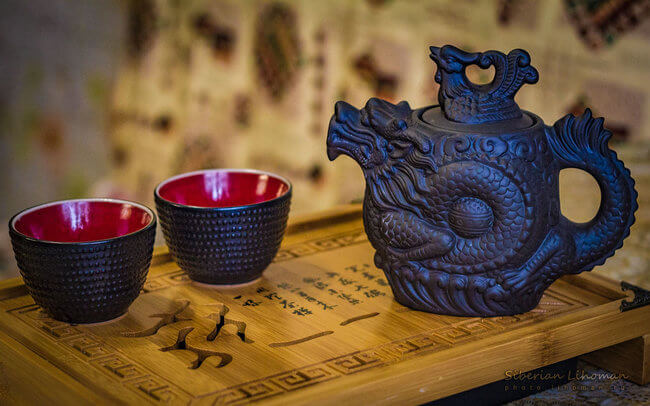 The ingredients for the perfect tea ceremony

There are many elements that go into a well-executed tea ceremony, and the tools used to brew the tea must be an ideal combination of practicality and aesthetically pleasing. A porcelain teapot or a special Yixing teapot is used to brew the tea in, and is kept on a brewing tray, along with other key items. These include a tea pitcher to ensure consistent flavour in the tea, as well as a tea timer to time the perfect brew and a strainer to strain out the leaves. It is also customary to have a tea spoon or pick to clean out the teapot, a dark-coloured cloth or towel to clean up stains, and at least three teacups to drink out of.

The tea itself also needs to be carefully considered. For a Gongfu tea ceremony, you can’t go wrong with oolong tea, as this is the traditional tea used throughout history. However, there are other aspects of the tea that also need to be thought about. Those holding a tea ceremony also need to select a tea based on characteristics such as its fragrance, taste, shape of the leaf, origin and name. The cleanest and purest water available also has to be used, not only to not negatively impact the taste of the tea, but also out of respect for nature.

Although there are many different tools used in a tea ceremony, the Chinese tea ceremony steps aren’t as difficult as you’d first think. A traditional tea ceremony lasts 20-25 minutes, with the price at a teahouse varying based on how much tea you drink as well as the quality of the tea.

First of all the performer of the ceremony heats water in a kettle, before placing the teapot and cups into the warm water to warm them so they’re ready to brew with and drink from. The tea leaves themselves are then passed around to the different members of the tea ceremony, giving them the opportunity to examine the tea and show their admiration for its quality, aroma and appearance.

Next the preparation of the tea begins. The tea-to-water ratio can vary depending on the tea used and the teapot size, but generally one teaspoon of tea leaves is used for every three quarters of a cup. Once the tea leaves are added, the teapot is placed into a bowl, and the performer raises the kettle to shoulder height, pouring the water into the teapot from that height and stopping when it starts to overflow. Any spillages and tea leaves are cleaned away before the lid is put on the teapot and the tea is left to steep. For oolong tea, the steeping time can be anything from 30 seconds up to ten minutes.

Each participant is then given a teacup. Before taking a sip, take in the tea’s aroma first of all, and be sure to hold the teacup with both hands. The tea should then be drunk in three sips: the first a small sip, the second the largest main sup, and the third to empty the cup and savour the aftertaste. Subsequent cups of tea can be prepared and poured as many times as the ceremony participants like, once everyone in the ceremony has finished drinking that round of tea. 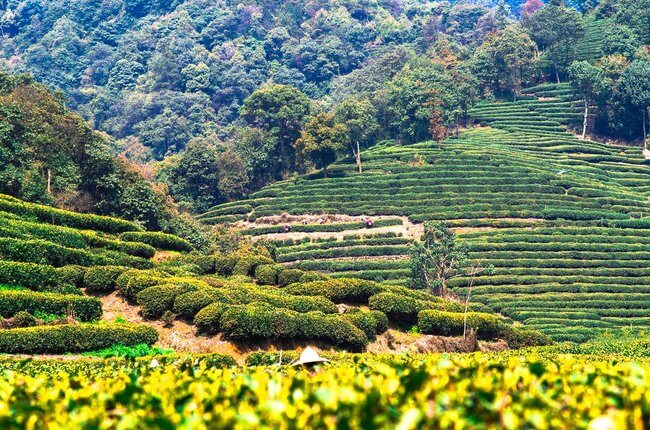 Dos and don’ts during a tea ceremony

Don’t smoke – an obvious one to start with – smoking is seen as disrespectful to the host.

Don’t spit out your tea. This is perhaps the worst manners you could show your host, and may also be interpreted as provoking them.

Do pay attention to your manners and actions. Be sure to move gracefully, especially with your hands, and think about your facial expressions.

Don’t be absent-minded during the ceremony – always pay attention to what is happening. It will mean more to the host if you look relaxed and show your gratitude and admiration, and tea drinking is mean to be an enjoyable pastime, so relax and have fun!

Take part in a traditional tea ceremony in China

If you’d like to see this ancient Chinese custom in action, why not visit China itself, where you can take part in a ceremony in one of its many teahouses? Our escorted tour to China from the UK takes in many of China’s most famous sights, from the Great Wall of China to the Terracotta Warriors, and offers the perfect opportunity to sample China’s teahouse culture.

For even more inspiration that’s sure to please your tastebuds, check out these food experiences in China you must try.

Images by Oriento via Unsplash, Lihoman via Flickr and DukeAsh via Pixabay.