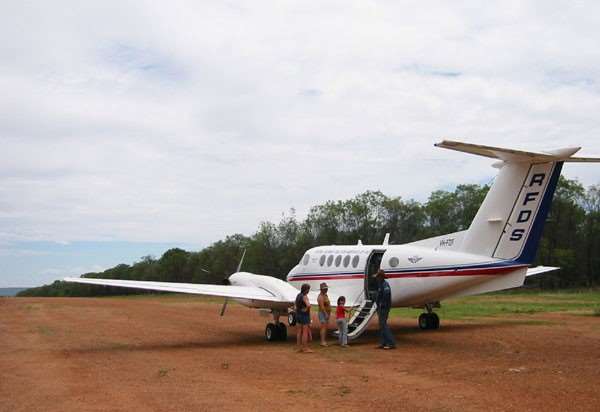 A brief history of the Royal Flying Doctor Service

A brief history of the Royal Flying Doctor Service

As part of our Australia escorted tours, a trip to the famously remote town of Alice Springs is included, and is perhaps best known as the base for the Royal Flying Doctor Service, an aerial medical service which is there to help a population living in the almost 2 million square kilometres of remote land that makes up the centre of Australia.

Going back just a century ago, people living in the vast inland outback of Australia lived incredibly isolated lives, and were likely to be too far from a location with a telephone or telegraph to call for medical help, let alone from a doctor or a nurse.

John Flynn, a Presbyterian minister who wished to help people living in Australia’s remote areas, established the church’s Australian Inland Mission in 1912, aiming to minister to the medical, educational, spiritual and social needs of the people. The Mission soon organised for ministers to travel through the remote regions to reach out to people, with some even traveling by camel in the drier interior regions. Small nursing hostels were also established in some areas, though medical care was still out of reach for many.

On May 15, 1928, Flynn and the Mission introduced the Aerial Medical Service, which eventually became the Royal Flying Doctor Service. The first ever flight took place in a biplane called Victory, which could hold up to 4 people in its cabin, flying from Cloncurry, Queensland to Julia Creek to aid an injured person. In its first year, it helped over 200 patients and made 50 flights.

In 1929, a pedal-powered radio transmitter and receiver was invented, allowing anyone out of reach of a telephone or telegraph to communicate with the Service, and in the 1950s, the Flying Doctor Service was also made available to those who took part in the newly-established School of the Air, where schoolchildren in remote areas communicated with teachers by radio.

Today, the Royal Flying Doctor Service continues to provide free medical care to those living in the remote areas of Australia, including emergency care, transportation to hospitals and electronic and telephone consultations. Although its main base is in Alice Springs, there are a number of other bases spread across the country, and its planes fly over 16 million miles every year, helping over 280,000 patients. Its origins have not been forgotten, however, and John Flynn has been remembered on the $20 note, alongside many other symbols representing the early days of the Service.