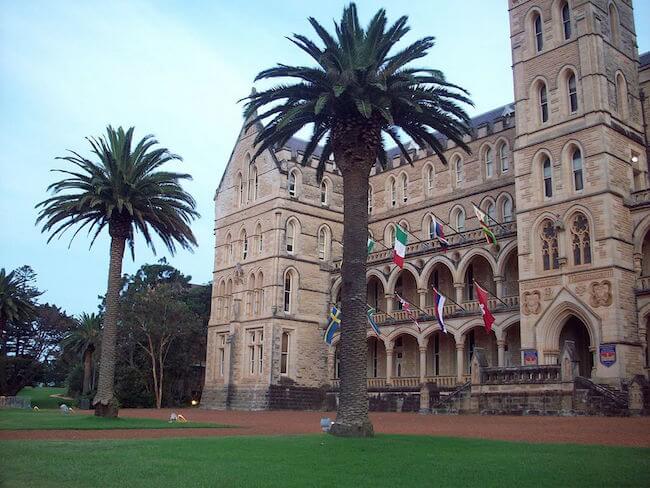 Hollywood is not just the only place where massive blockbusters are filmed – these days you’ll see film crews seeking out the world’s most unique locations as the settings for their scenes. Sometimes a studio and a green screen is no substitute for the real deal, whether directors are seeking vast open deserts or skyscraper-filled cities.

Home to a modern city centre as well as pretty suburbs and hundreds of miles of surrounding landscapes, it’s easy to see how Sydney has become an extremely popular filming location, starring in some of your favourite blockbuster movies. Here are just some of the wildly popular movies with scenes filmed in Sydney.

Australian director Baz Luhrmann decided to film in his home country when it came to adapting the classic F Scott Fitzgerald novel The Great Gatsby into a film. In order to capture the style, glitz and glamour of the summer of 1922 on Long Island, Luhrmann sought out places built in around the same time period, which were plentiful in Australia’s cities. The International College of Management in the Sydney suburb of Manly doubles as the iconic Gatsby Mansion, home to the raucous parties the book and film are known for. The College and the rest of this pretty suburb can be reached by regular ferries from Sydney Harbour.

If you’re a fan of all things X-Men, you’ll definitely need to visit the Sydney suburb of Parramatta, 15 miles outside of central Sydney. Although the film is set in Japan, several of the Tokyo street scenes were actually filmed in this unassuming suburb. Trains and buses regularly run from Sydney CBD out to Parramatta, so you can explore the streets featured in the film, George Street and Smith Street, with ease. A little further out, the small town of Picton, 60km from Sydney, also surprises, having been featured as where the Alaska scenes were filmed.

The classic sci-fi film The Matrix, which stars Keanu Reeves and is based on the idea we live in a computer system called The Matrix, as well as its two sequel films, were filmed all over Sydney. For its signature futuristic mega-city look, the skyscrapers of Sydney’s CBD offers the perfect setting. The BT Tower on Market Street is where the helicopter crash takes place, whereas the fountain at Martin Place is where Neo encounters the woman in the red dress.

Another cult classic by Baz Luhrmann, the director once again used Sydney to bring his 1992 film Strictly Ballroom to life. The Art Deco-style interior of Petersham Town Hall’s main auditorium in south-west Sydney hosted many of the film’s flamboyant dance scenes – today the hall is a venue for hire. Buildings in the neighbouring suburb Marrickville also featured in the film’s rooftop dancing scenes. Both areas can be reached in around 30 mins from Sydney’s CBD using the city’s excellent public transport system.

The wildly popular adaptation of Beatrix Potter’s children’s classic Peter Rabbit may be set in the English countryside, but the truth is the film was actually shot on the other side of the world. Centennial Park, east of central Sydney, was the perfect substitute for the Lake District and played the role of the idyllic English countryside where Peter Rabbit, Benjamin Bunny and co spent their days stealing Mr McGregor’s vegetables. Aside from being a filming location, Centennial Park is home to vast parklands decorated with ponds, flowers and trees and is well worth exploring.

Based on the true-life story of a US airman being captured and detained in a Japanese prisoner of war camp during World War II, Angelina Jolie’s film Unbroken was filmed in several locations through Sydney and New South Wales. The most prominent has to be Cockatoo Island, a tiny island in Sydney Harbour, which actually doubled up as the POW camp itself. If you’d like to visit the island yourself, which offers impressive views of the city too, it can be reached by ferry from either Darling Harbour or Circular Quay.

The second instalment of the action-packed Mission Impossible franchise was set in Sydney, and several of its iconic landmarks feature in the film. Among these are the Sydney Opera House, Sydney Harbour Bridge, Mrs Macquarie’s Chair and Argyle Street in The Rocks. With all these locations found in the city centre, it’s easy to take in all of these locations in one day. One of the film’s more famous scenes, the final scene, sees Tom Cruise ride a motorbike over to Bare Island, an unpopulated islet crowned with a fort, found south of central Sydney. A regular bus service can get you to Bare Island, and while you’re there, you can even take a guided tour of the wartime fort.

Why not visit these filming locations for real, and take in Sydney’s iconic sights and landmarks while you’re there? Distant Journeys’ escorted tours of Australia include a sightseeing tour of Sydney, as well as multiple days in the city to explore it at your leisure.