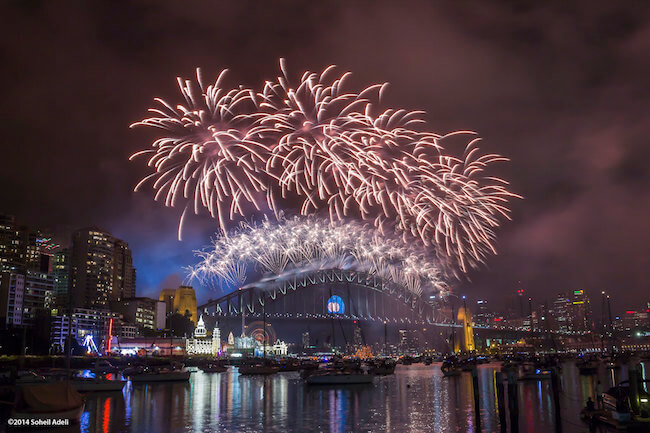 6 ways to celebrate the New Year in Australia in style

6 ways to celebrate the New Year in Australia in style

Another year has just flown by and in just a few short weeks, we’ll be marking the end of another decade and welcoming in 2020. Australia is one of the first countries to welcome in the New Year, and New Year celebrations in Australia are renowned as some as the best in the world. The Aussies certainly know how to put on a good party, and you’ll find some brilliant New Years Eve events in towns and cities all over the country. We’ve rounded up some of the Australia New Year celebrations well worth attending if you’re lucky enough to be visiting Australia as one year transitions into the next. 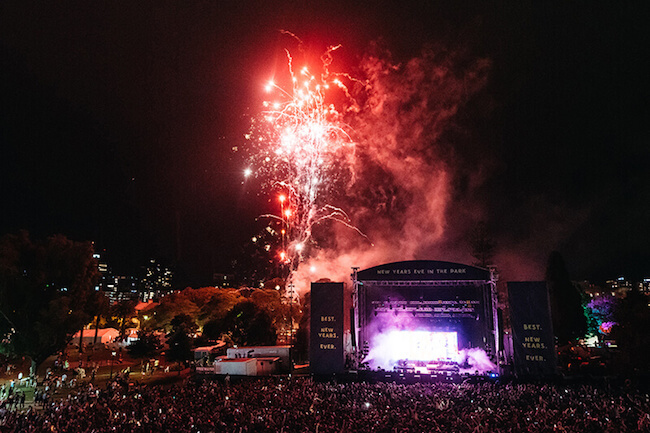 NYE in the Park, Sydney

Victoria Park plays host to this huge New Year celebration to Sydney, where thousands gather for one of the best parties in the city. NYE in the Park is a festival-style event welcoming some of the biggest musical acts from Australia and beyond from the genres of pop, hip-hop and dance, accompanied by an epic firework display at midnight. Throughout the park, you’ll also find a selection of bars and street food stalls to keep you going all night long.

Dive into 2020 with an aquatic-themed celebration at the New Year’s Eve at SEA LIFE Melbourne Aquarium event in Melbourne. Enjoy one of the most unique New Year celebrations in Australia, where you’ll get to bring in the New Year surrounded by colourful fish, rays, turtles and sharks. The evening also includes a DJ, unlimited food and drink, and access to the Rainforest and Upper Deck, where you’ll have the perfect vantage point for the spectacular midnight fireworks over the Yarra River. 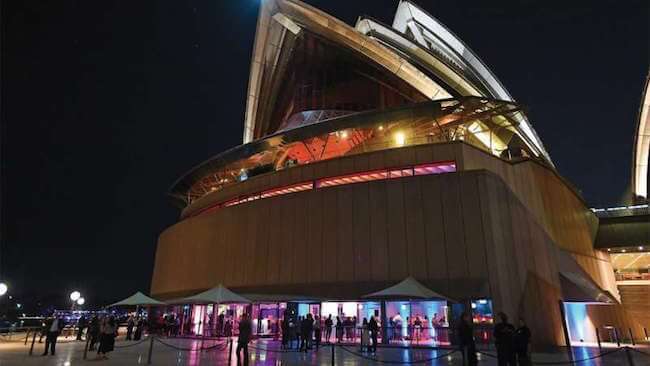 Celebrate New Year’s Eve in one of the most exclusive locations in all of Sydney at the NYE 2019 Soirée. Hosted at the Yallamundi Rooms in the Sydney Opera House, you’ll have access to two of Sydney’s most sought-after New Year events: the ABC NYE Concert and the City of Sydney Harbour Bridge fireworks, which you’ll be able to watch from the private Northern Boardwalk. As well as the top-tier entertainment, this New Year party in Sydney also includes free-flowing champagne, elegant canapes, grazing food stations, and an after-midnight DJ performance going well into the night.

For those who like to party, NYE H2o has to be one of the best New Year celebrations to check out: a fun night filled with dance and house music. The celebrations are held in not one but two venues in Melbourne, with the biggest party happening at the Waterfront Venues on Docklands Promenade, and a more intimate affair taking place at Left Bark on the South Bank. Both feature all-inclusive drinks packages and exclusive terraces from which to see the dazzling fireworks and night-time views over Melbourne.

Garden Party at The Calyx, Sydney

Bring in the New Year in luxurious style with this fabulous garden party, set in the heart of Sydney’s Royal Botanic Garden, a truly unique setting. Entertainment, food and free-flowing drinks are supplied all night long, with the highlight of course being the midnight fireworks. Garden Party at The Calyx offers an exclusive harbour-viewing area where the views of the world-famous Sydney Harbour fireworks are unrivalled. This stylish party is undoubtedly one of the best places for New Year’s Eve in Sydney.

Glitz and glamour is the order of the night at the glittering New Year’s Eve Gala Ball at Adelaide Conference Centre, where you and your fellow guests will celebrate the New Year dressed up to the nines and enjoying an evening of elegant festivities. A delicious four-course dinner, accompanied by a selection of hand-picked local wines, starts off the night in style, followed by live music and plenty of dancing. As midnight arrives, count down the beginning of the New Year and enjoy spectacular views of the Adelaide Riverbank fireworks through the Conference Centre’s floor-to-ceiling windows.

Ring in the New Year in Australia

With so many amazing parties to choose from, bringing in the New Year in Australia is definitely something that has to be done at least once in your lifetime. Discover Australia with our guided tour from the UK, which includes dates over the New Year. You’ll not only get to witness the magic of these magnificent cities as the New Year begins, but also fall in love with some of the country’s most spectacular places, such as the Great Barrier Reef and Uluru.