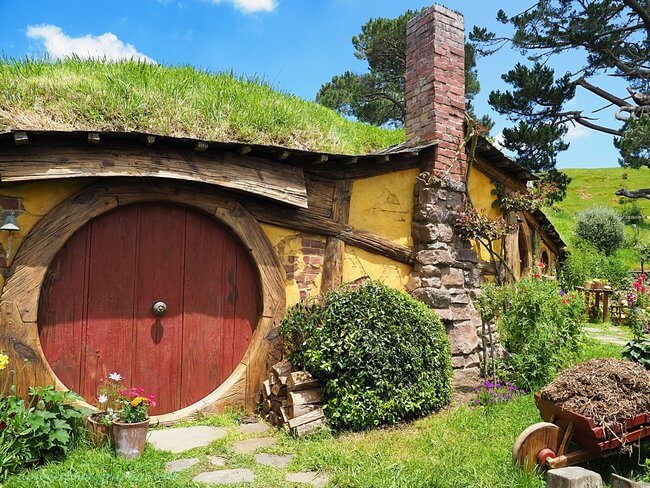 Over 15 years after the Lord of the Rings film trilogy came to an end, the magic of these much-loved movies is still very much alive today in New Zealand, which doubled up as Middle Earth and its many spectacular settings in the films.

If you still can’t get enough of JRR Tolkien’s fantasy world, you can step into the films and visit the places for yourself, with several Lord of the Rings movie sets and filming locations found across New Zealand. Here are just some of the Lord of the Rings experiences you shouldn’t miss.

A visit to the Hobbiton movie set is the one Lord of the Rings experience you should not miss while in New Zealand. Here you can see where Tolkien’s epic saga began, with your Lord of the Rings tour taking you through some of the famous locations in Hobbiton and The Shire.

Among the spots you’ll get to see and enter on the real Hobbiton movie set tour are The Green Dragon Inn, The Mill and the Hobbit Holes, including Bag End, the home of Bilbo Baggins. Surrounding the village is the lush Waikato farmland that makes up The Shire, a short drive from the lakeside resort of Rotorua and two hours from Auckland.

To quote Boromir, one does not simply walk into Mordor, but you can visit Tongariro National Park in its stead, which was used as the location for the land ruled by the Dark Lord Sauron. At the heart of the National Park lies Mount Ngauruhoe, also known as Mount Doom, although it’s often topped with powdery white snow rather than meltingly hot magma.

The Tongariro Alpine Crossing is perhaps the best way to see Mount Doom and Mordor in all its glory: a 20km track crossing the National Park and passing its dramatic volcanoes. 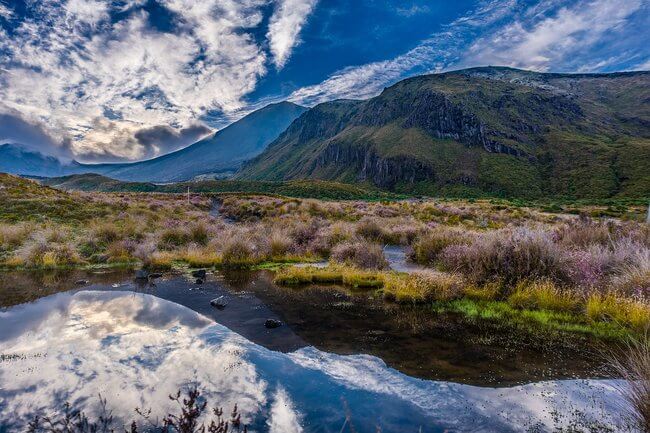 One of the stand-out settings in Return of the King, where Legolas, Aragorn and Gimli ride on their way to meet the Army of the Undead, the Putangirua Pinnacles Scenic Reserve in the Wairapa region plays the role of the Paths of the Dead.

In real life, these eerie-looking pillars are all that remain of the Aorangi mountains after seven million years of erosion. With three hiking trails to choose from leading you to the Pinnacles, you can relive the haunting journey through the Path of the Dead for yourself. 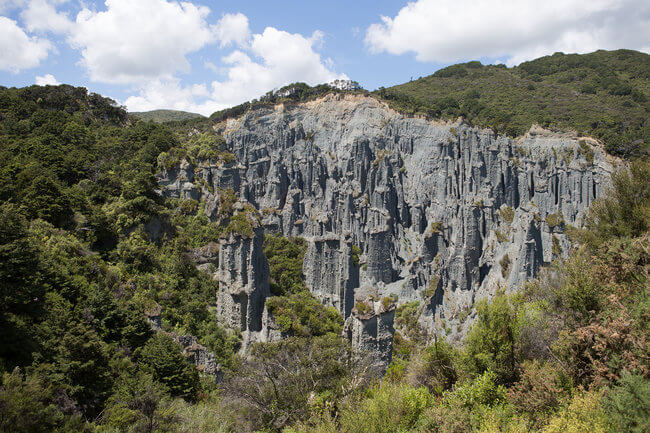 Set amongst the Fiordland National Park – a landscape of lakes, mountains, fjords and forests – Snowdon Forest plays the role of the beautiful Fangorn Forest in The Two Towers, where Aragorn tracks the Hobbits’ trail and you first meet Gandalf the White. With Westray Adventures, you can even pretend you’re Gandalf and roam around the beautiful National Park on horseback.

Go behind the scenes at the Weta Workshop

While you’re in Wellington, New Zealand’s capital, be sure to visit the Weta Workshop, where you can see some of the behind-the-scenes magic, not only for Lord of the Rings but also other popular films such as Avatar and The Amazing Spider-Man 2.

A world-leading special effect and prop studio, you’ll be able to see some of the props featured in the films and meet the Oscar-winning creative team who helped bring the Lord of the Rings to life during this fascinating studio tour. 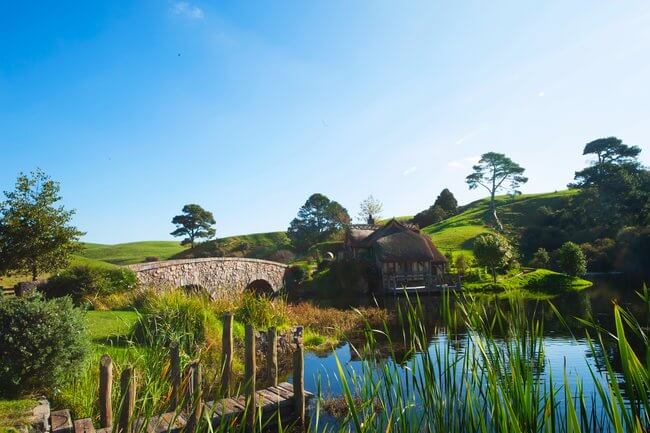 If you’ve been inspired to visit the settings for the Lord of the Rings and see your favourite films come to life, our escorted holiday to New Zealand takes in many of the locations featured, including an optional excursion to the Hobbiton film set tour.

Images by Ian Voce and Constantino Co via Unsplash, Infinitie Thought via Pixabay and Peter Pearson via Flickr.