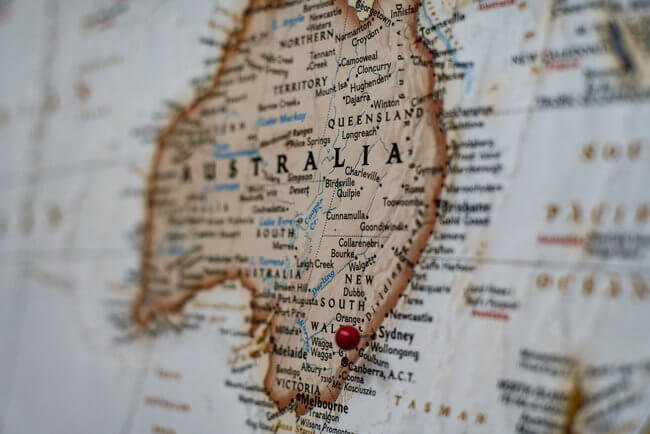 13 Examples of Australian Slang You May Not Have Heard

13 Examples of Australian Slang You May Not Have Heard

Though the UK and Australia are close cousins, each country still has its own unique slang and vocabulary which not only sets it apart from the other but also causes confusion between tourists and natives. So if you are wanting some tips for your first time in Australia, having a peek at some Australian expressions is an excellent place to start.

We’ve put together some of the most interesting Australian slang words and phrases so that you can mix with the locals and speak like a true Aussie:

1. Drongo– a fool or no-hoper, someone who is not all there or whose ‘lights are on but no-one’s home’. The word comes from a 1920s racehorse who never won a single race out of 37.

2. Fit as a Mallee bull– in excellent physical condition. The Mallee is a very dry area in Victoria, where animals living there would need to be fit and strong to survive.

3. Go troppo– go crazy. Comes from the daze brought about by an intensely humid tropical heat in areas such as Darwin.

4. He needs it like a third armpit– he doesn’t need it at all.

5. He played a Barry– he was absolutely terrible. This is an example of Cockney rhyming slang – it comes from Barry Crocker, who sang the Neighbours theme tune, which rhymes with shocker.

6. Neck oil– beer, the most popular alcoholic drink in Australia.

7. Popular as a rattle snake in a lucky dip– someone who is incredibly unpopular.

8. Spit the dummy– to suddenly throw a tantrum. Used to describe adults more than children.

9. Stone the crows– an expression of amazement. This is also creeping into the British vocabulary.

10. Tucker– food, used mostly by bushmen. May be familiar to UK audiences via TV show I’m A Celebrity…’s bush-tucker trials.

11. Woop Woop– an isolated place, the middle of nowhere. Used most often by people who say that they live in small villages out in the sticks.

12. What’s the John Dory? – Rhyming with the word story, this is a way of asking what’s going on.

13. Fair Dinkum – to say that something is true, fair or honest.

Hopefully the Aussie slang we’ve mentioned above will help you to get ready for your trip to Australia and make you feel just like a local in no time at all.

Image by Joey Csunyo via Unsplash.