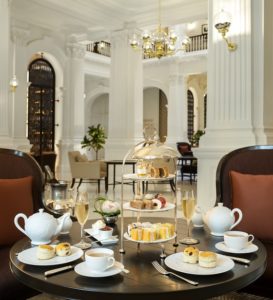 The Afternoon Tea ritual, much like Raffles Hotel, Singapore, was fashioned in the 19th century. A cherished tradition since its founding in Great Britain, the experience journeyed to Asia during the golden age of travel. Since its introduction, the Raffles Afternoon Tea remains as popular now as it always has been. Your Afternoon Tea will feature a selection of exquisite finger sandwiches, home-b.. 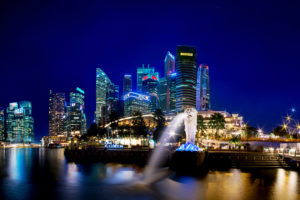 The evening begins with a local Chinese Dinner along the Singapore River with a choice of either Hainanese Chicken Rice or Seafood Nasi Goreng (Menu is subject to seasonal changes). En route to the world’s largest fountain, take in the beautiful sight of the central business district via Benjamin Sheares Bridge. Next, we move on to Bugis Street or other night bazaars during festive periods, where.. 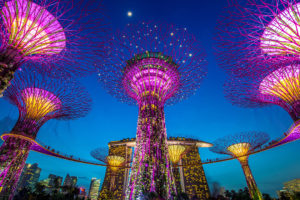 Gardens by the Bay, Singapore

Recently voted one of the Top 10 Indoor Gardens of the World, the Gardens by the Bay is also Singapore’s number 1 attraction according to Trip Advisor. Featuring more than 1 million plants from more than 5,000 species, Gardens by the Bay in Singapore is a must-see destination filled with wonders from around the world. Marvel at the 35-metre tall indoor waterfall and stroll above the jungle canopy.. 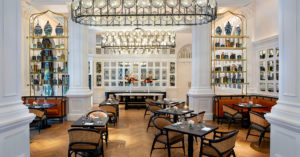 The Tiffin Room has been synonymous with the Raffles Hotel, Singapore, since its establishment in 1892. The restored interior decor includes reinstating the wooden floorboards in the Tiffin Room to bring back features from the early 1900s. Amidst this nostalgic setting, savour finger sandwiches, homemade scones, and delightful sweet treats (by Executive Pastry Chef Tai Chien Lin) presented on a cl.. 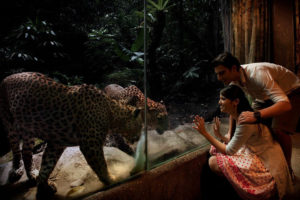 The Singapore Night Safari is world’s first. Set in 40 hectares of secondary jungle, the mystery and drama of the tropical jungle after dusk unfolds at the Singapore Zoo Night Safari. See a myriad of nocturnal animals, from fierce predators to timid forest dwellers, in their natural habitat under subtle moon glow lighting. During your Night Safari tour in Singapore you will roam the jungle in the..