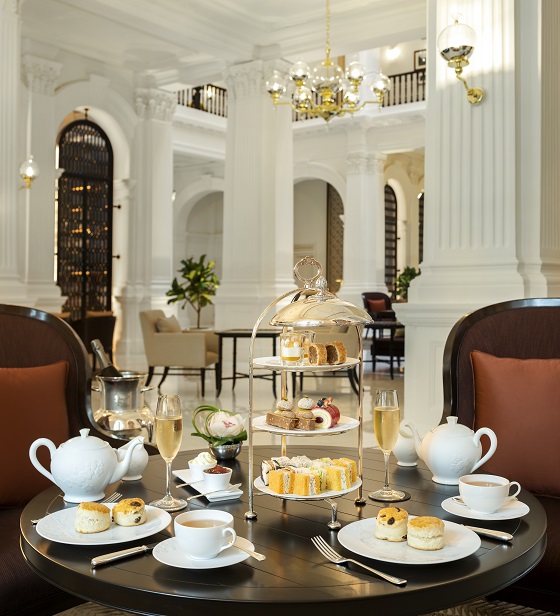 The Afternoon Tea ritual, much like Raffles Hotel, Singapore, was fashioned in the 19th century. A cherished tradition since its founding in Great Britain, the experience journeyed to Asia during the golden age of travel. Since its introduction, the Raffles Afternoon Tea remains as popular now as it always has been.

Your Afternoon Tea will feature a selection of exquisite finger sandwiches, home-baked scones and delightful sweet treats presented on a classic three-tier silver stand, all paired with your choice of loose leaved teas carefully chosen by Raffles Hotel’s tea sommeliers.

Revel in the elegance and grandeur of Raffles Hotel’s newly-refurbished Grand Lobby, as you take in the gracious hospitality, rich heritage and timeless refinement that is synonymous with Raffles.