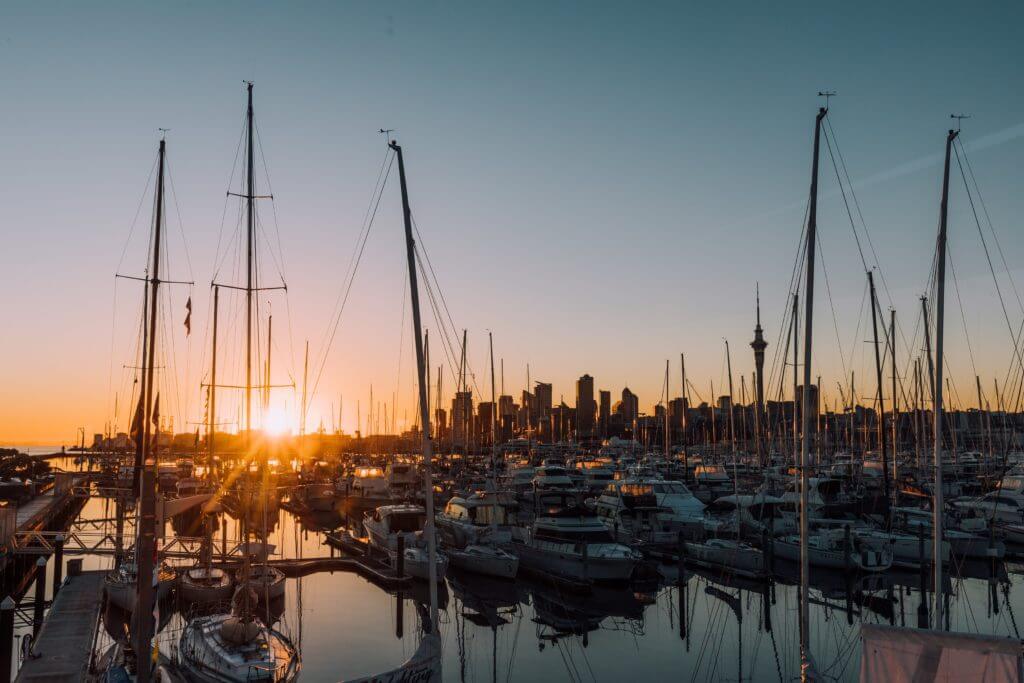 6 great ways to experience Auckland Harbour at its finest

6 great ways to experience Auckland Harbour at its finest

As the largest city in New Zealand, Auckland has plenty on offer for visitors; and thanks to its pretty harbour-side setting, there is just as much adventure to be had on water as on land. If you would like to take in the impressive cityscape from a different perspective, try an Auckland harbour cruise – some of which even venture out to the nearby islands.

Being out in Waitemata Harbour, which is its official name, is a wonderful way to get a feel for this part of New Zealand. If you would like to experience an Auckland harbour cruise, we have put together some of the most recommended cruises from Auckland.

A dinner cruise around the harbour on the Pride of Auckland

The perfect way to immerse yourself in the gorgeous harbour setting, this dinner cruise in Auckland Harbour glides past the city sights at a leisurely pace. An optional excursion on Distant Journeys’ flexible New Zealand tours, the cruise offers the chance to enjoy a three-course meal with the backdrop of the harbour as the sun sets. Operated by the Explore Group, your voyage will take place on the Pride of Auckland, with the option to enjoy the views either from the comfortable cabin or up on deck, ending at the vibrant Viaduct Harbour.

The beautiful Waiheke Island is just a 40-minute ferry ride from Auckland Harbour, with your journey passing both the city’s stunning coastline and other nearby islands, before arriving at the sandy beaches and lush green landscapes of Waiheke. Operated by Fullers360, the boat cruise offers a scenic yet convenient way to both see the sights of Auckland and visit somewhere new. Once you’ve arrived on Waiheke Island, you’re free to explore its 30 boutique vineyards and numerous walking routes, which range from native bush tracks to scenic coastal walks. 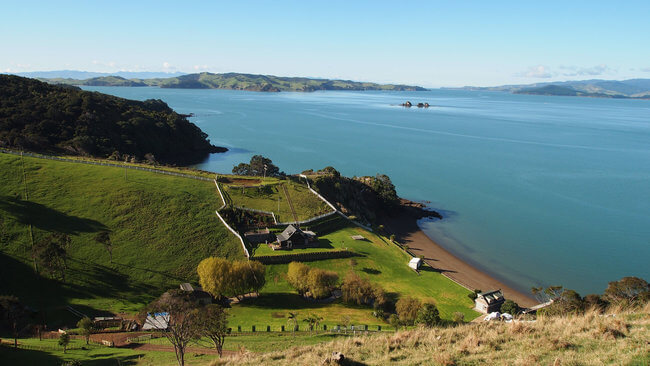 Spot incredible marine life on a whale and dolphin safari

If you’re a wildlife lover, the Auckland Whale & Dolphin Safari is perfect for you. On board the Dolphin Explorer catamaran, you’ll embark on a 4.5 hour adventure from Viaduct Harbour to the Hauraki Marine Gulf Park, one of the world’s most diverse marine parks. Enjoy the views from the open deck, which leave behind views of landmarks such as the Harbour Bridge, North Head and the volcanic Rangitoto Island. Marine experts are always on board to offer fascinating commentary and help you get the best from your experience, where you’re likely to spot common dolphins and Byrde’s whales alongside a whole host of other marine species. These include sharks, turtles, manta rays, pygmy blue whales, New Zealand fur seals and penguins. 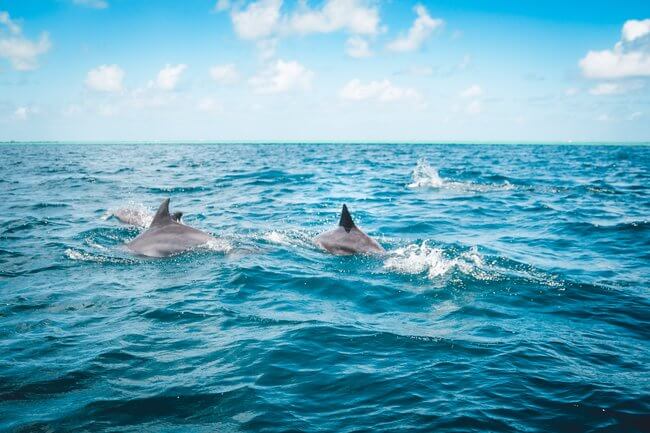 A stunning sanctuary for the native New Zealand birdlife, Tiritiri Marangi offers pristine beaches and lush forests alongside its diverse wildlife. This leisurely cruise operated by Fullers360 leaves downtown Auckland for a 75-minute voyage to the island, stopping at the Gulf Harbour on the pretty Whangaparoa Peninsula along the way. 71 different birdlife species can be spotted on Tiritiri Matangi, including many endangered birds and birds only found in New Zealand, including the Takahe, Kokako and little blue penguin (korora), as well as a variety of reptiles.

Enjoy a unique voyage on board the Auckland Adventure Duck

If you’re after something a little different, try the Auckland Adventure Duck, an amphibious waterbus, with its tour taking in the sights of the city on land before heading to the water for a gentle Auckland Harbour cruise. The feeling of the bus suddenly transitioning from land to water is sure to be a memorable moment, with the waterbus then travelling a leisurely 5 knots per hour so you have plenty of time to soak up the views of the Auckland Harbour Bridge, St Mary’s Bay and the city skyline.

This cruise excursion takes in not only central Auckland and its famous landmarks but also other areas of Auckland Harbour and the city’s lovely suburbs. Cruising under the Harbour Bridge, the ferry ride, operated by The Red Boats, passes by several points of interest on the way to its destination, including the Chelsea sugar refinery, Hearald Island, Brighams Creek and Harkins Point. The boat then arrives at one of New Zealand’s most historic and prestigious riverside taverns, The Riverhead, for a relaxed lunch and drinks, enjoying the stunning waterside scenery. After a pleasant meal at The Riverhead, you’ll travel back to Auckland harbour, enjoying another opportunity to soak up the fantastic scenery.

Images by Tim Marshall and Peter Fogden via Unsplash and Goueg via Flickr.