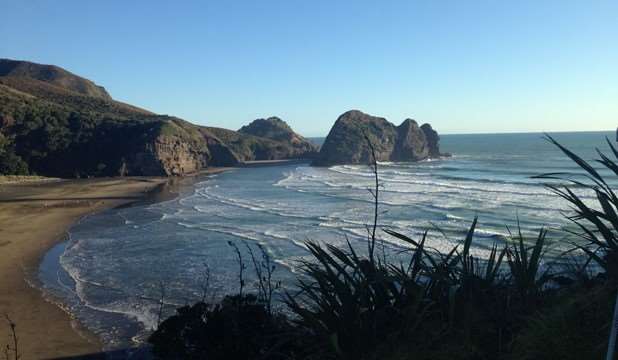 As an island nation, New Zealand has close ties to the sea and its people love beach life.  Australian beaches may be better known, but New Zealand has beaches which rank among the world’s best. Which beaches in New Zealand are the nation’s favourites, which should not be missed when you visit this beautiful country?

Coopers Beach is located in Doubtless Bay, in far North Island, and is 300km north of Auckland, but you can visit it during your tour of New Zealand when we stay in the beautiful Bay of Islands.

It’s an advertiser’s dream, a vast expanse of unspoiled fine sand backed by rows of beautiful Pohutukawa trees, but Coopers’ also has hidden treasures; at low tide, pick your way around the rocks at the north end of the beach to uncover a beautiful secret cove which may be one of the most picturesque in the country. 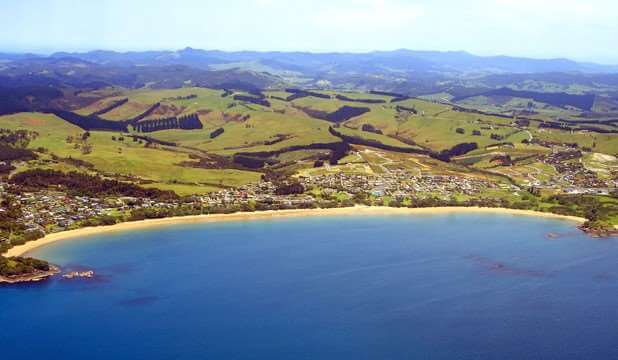 Next on our list of the best beaches in New Zealand, Sumner Beach near Christchurch, South Island is one that gets our vote. The beach is just a few short kilometres outside the city centre but has a lovely laid back feel to it; beautiful flower filled dunes lead down onto soft powdery sand and the long promenade stretches the full length of the waterfront.

Sumner has even featured in a radio advert made by Christchurch tourist authority: “As Christchurch as fish and chips on Sumner Beach”, so the campaign says.

The Bay of Plenty is blessed with, yes, plenty of gorgeous beaches. Waihi Beach is another one of our favourites – 9 kilometres of golden sand and safe surfing waters, with several lovely cafes and a market on the beachfront.

There’s an added attraction as the town of Waihi is known for its gold mining past, which makes for some interesting bush walking in the area. The Karangahake Gorge walk is one of the most popular as it takes in an old rail tunnel and makes for a fascinating hike.

The stunning Oriental Bay in Wellington is often dubbed ‘the Riviera of North Island’, for reasons which become obvious once you visit it – it has a cool, stylish vibe which appeals to Wellingtonians and NZ tourists alike.

With the beach being right in the heart of the city you can enjoy the rare experience of swimming in crystal clear waters just a short distance from a shopping mall.  The Carter Fountain in the centre of the bay is named after its benefactor, Hugh Carter, who sadly drowned in the harbour several days after its dedication.

If you fancy something a little more off the beaten track, Rabbit Island, just outside Nelson is an ideal place to visit. Rabbit Island is the largest of a group of sandy islands lying in the Waimea Estuary at the head of Tasman Bay and along its seaward side lie more than eight kilometres of golden sand beach and shallow waters perfect for safe swimming.

Rabbit Island beach is ideal for picnics and barbecues, but you’ll need to bring your own food with you as there are no shops or cafes on the island!

Piha beach is just half an hour’s drive west from Auckland and is a wonderful spot to visit on your Auckland Freedom Day during our guided tour of New Zealand. Piha is the country’s most famous surfing beach, known as the birthplace of Malibu board riding, but if that sounds a little too energetic there are plenty of water activities in New Zealand which can be enjoyed.

But Piha isn’t just a surf beach — rugged cliffs frame the sea, with a huge rocky outcrop named Lion Rock standing guard and the bushland of the Waitakere Ranges provides plenty of opportunity for walking and picnicking.

Piha is even popular with blue penguins, which can occasionally be spotted playing in the surf!

The beach itself is everything you’d hope for, where you can swim and sunbathe amongst the crowds, but it’s the starting point for walks both up the mountain and around its base. Known to the Maori people as Mauo, the base walk around Mount Maunganui is an easy 45-minute stroll which you can round off with an ice cream on the beach! 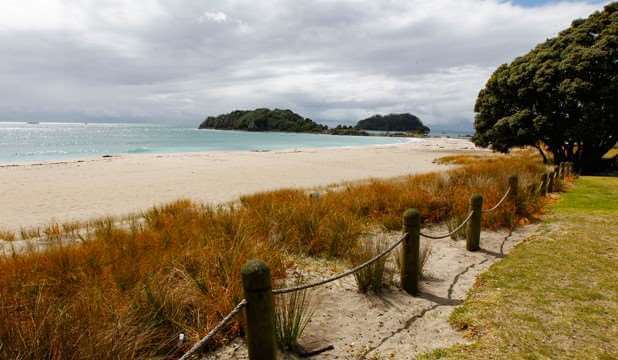 So whether you’re looking for black sands and dramatic landscapes, urban beach life, remote isolated shores or gentle dunes, you’ll realise that New Zealand has it all – your only problem will be which beach to choose!