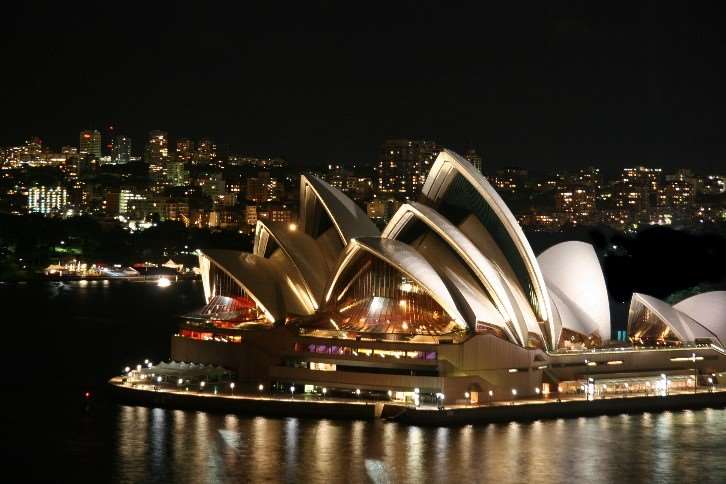 As part of one of our Australia holiday packages, the Visions of Australia tour or the Wonders of Australia tour, you’ll have the opportunity to visit Sydney and one of Australia’s most famous landmarks – the Sydney Opera House. Before you visit one of the city’s greatest buildings, we’ve got a few interesting facts about the Opera House to whet your appetite:

The Sydney Opera House was designed by architect Jorn Utzon, who won the competition to design the building in 1956. His design was rejected by three of the competition’s judges, but declared truly outstanding by the fourth judge.

Utzon had never visited the site of the Sydney Opera House before entering his design, instead using his naval experience to design the building based on charts of the harbour.

The roof is covered by more than one million tiles.

The Sydney Opera House contains seven venues, which together host over 3000 events every year.

It has a grand total of 1000 rooms, which also includes cafes and bars, requiring 15,500 lightbulbs to be changed there every year.

Queen Elizabeth II has visited the Sydney Opera House four times since the building opened over 40 years ago.

The original estimated cost of the project was $AUS 7 million (£4.1 million), but eventually came to an incredible $AUS 102 million (£60 million) once it was finished.

The Sydney Opera House was listed as a UNESCO World Heritage Site in 2007.