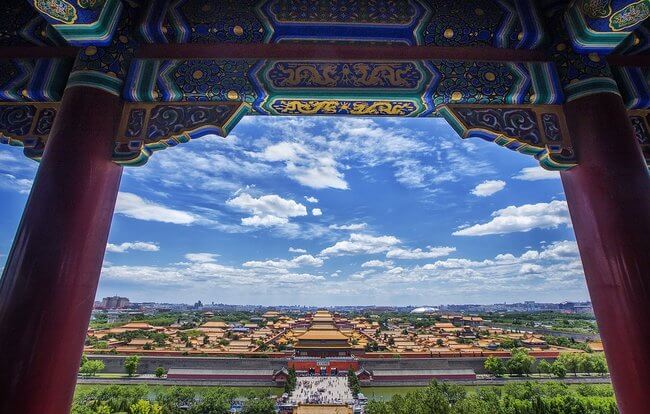 A day in Beijing: what not to miss

A day in Beijing: what not to miss

The capital city of China, and one of the largest and liveliest cities in the world, Beijing is a don’t-miss destination. With our Very Best of China tour, you’ll be able to enjoy four nights in this spectacular city, with tours of Beijing’s most iconic locations included, as well as plenty of time to explore this city and take in the several remarkable sights at your leisure.

But if you have just have a day in Beijing, how do you decide on what to do during your 24 hours in the city? With hundreds of things to do in Beijing, it can be hard to choose what to see if you’re just in Beijing for a day. We’ve put together this Beijing one day tour recommending the ultimate highlights this incredible city has to offer: the landmarks, places and experiences you simply cannot miss.

The Temple of Heaven

Constructed in 1420 during the Ming Dynasty, the temple and the surrounding park offers the perfect place to start your day – a tranquil escape from the busy city. It’s a great place to people-watch – locals come here to do all sorts of activities, from playing dominoes to tai chi and calligraphy. 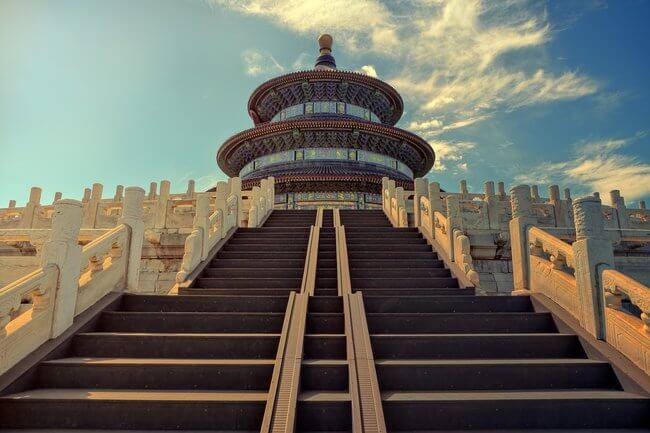 A 15-minute walk from the Temple of Heaven’s North Gate is Qianmen Street, one of the most famous streets in Beijing. Fully pedestrianised, it’s one of the last remnants of the business centres of old Beijing.

Separated in sectors for food, culture, entertainment and shopping, this quarter is home to over 50 courtyards, known as hutongs, and over 80 famous stores, selling local delicacies and crafts such as silk, tea and pickled foods. With a whole host of restaurants, including the famous Qianmen Qianjude duck restaurant, this is the perfect place to stop for a spot of lunch.

Heading north from Qianmen, past the Zhengyangmen Tower (Arrow Tower), you’ll reach Tiananmen Square, one of the most significant locations in China’s modern history as well as one of the world’s largest public squares. It is also an unmissable sight if you have only one day in Beijing.

Among the sights you can see in Tiananmen Square are the Mausoleum of Mao Zedong, the National Museum of China, the Great Hall of the People (the Chinese Parliament building) and the Monument of the People’s Heroes.

North of the square is the Gate of Heavenly Peace, the entrance to the Forbidden City, but also the spot where China changed forever. On October 1st 1949, Chairman Mao declared the establishment of the People’s Republic of China here.

After passing through the gate, you’ll enter the Forbidden City, home to the grand and lavish imperial palace built during the Ming and Qing dynasties. The world’s largest palace complex, the Forbidden City has housed 24 emperors throughout the centuries, and is home to some of the world’s most important treasures.

Its vast history earned it World Heritage Site status in 1987, and you will need at least two or three hours to fully appreciate both the spectacular architecture and the splendid interiors.

If you walk through the Forbidden City from south to north, you’ll discover Jingshan Park just opposite the north gate. Once you’ve entered the park, look up to see the three-storey pavilion perched high on a hill. From here, you can enjoy some far-reaching panoramic views, both over the Forbidden City and further into Beijing.

It’s a short 5-10 minute walk up the hill to the pavilion, from where you can clearly see not only the Forbidden City but also other areas such as the Central Axis and the Beijing Business Centre, a throng of traditional and imperial buildings with a backdrop of modern skyscrapers.

Take the other path back down the hill to see another part of Chinese history: the spot where the very last emperor of the Ming dynasty, Emperor Chongzhen, hanged himself. 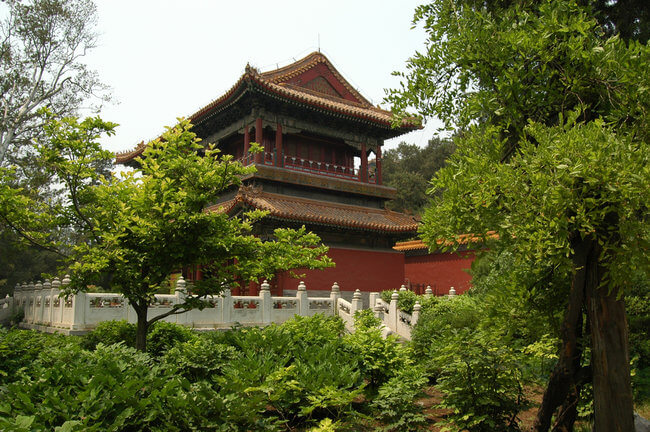 Adjacent to Jingshan Park, you’ll find Beihai Park, lesser-known by tourists than its neighbour. The park was initially created as a pleasure park for the imperial court, and is the oldest garden of its kind in the world.

At its heart is a beautiful lake. Within the large lake, you’ll find Qiongdao Island, with the towering White Dagoba temple, and traditional Chinese music playing from under the lakeside pavilions.

Once you’ve explored the island, head to the north of the lake to discover many more intricately decorated pavilions, as well as the Nine Dragon Screen, a 27m long wall made up of beautifully painted tiles, built to scare away evil spirits.

Food and drink in Shichahai

Leaving Beihai Park from the north gate, you’ll come to the neighbourhood of Shichahai, a bustling hub for night-time entertainment thanks to its cluster of restaurants and bars.

Whether you choose to stick to the banks of the water or venture off into the side streets, you’ll find a variety of places perfect for bringing your one day in Beijing to an end.

If you’re planning on visiting Beijing and the rest of China and are still not completely sure what to expect, there’s no need to worry. Our advice for first time visitors to China gives you all the tips you need to know on the country’s travel, culture and customs before you go.

Images by walter688 and Johannes Plenio via Pixabay and Richard Weil via Flickr.