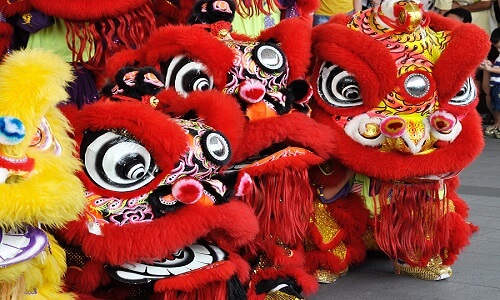 Xi’an is one of the most popular tourist destinations in China, once the centre of many Chinese dynasties. You can learn about one of these fascinating dynasties, the Tang Dynasty, during the legendary Tang Dynasty show, which tells the story of the Tang dynasty from its rise to its fall through a song and dance spectacular. As part of our Very Best of China tour, you can choose to enjoy an evening of entertainment at the Tang Dynasty Dinner and Show as an optional extra.

Hosted at the Tang Dynasty Palace in Xi’an, the 4-hour evening dinner and show experience is a real extravaganza. Before the show, you’ll arrive to a banquet offering more than 15 varieties of Chinese dumplings – a must-try food while you’re in China. If you haven’t tried dumplings just yet during your travels around China, now is your opportunity, with each variety bursting with flavour. All of the meaty classics are covered such as pork, chicken and duck, as well as several equally as tasty veggie varieties, ranging from mushroom to leek, carrot and lotus root. Being a banquet, you can try as many dumplings as you like, so you’re guaranteed to find a favourite.

After tucking into as many dumplings as you can muster, take your seat in the theatre and prepare to be dazzled by the Tang Dynasty Show.