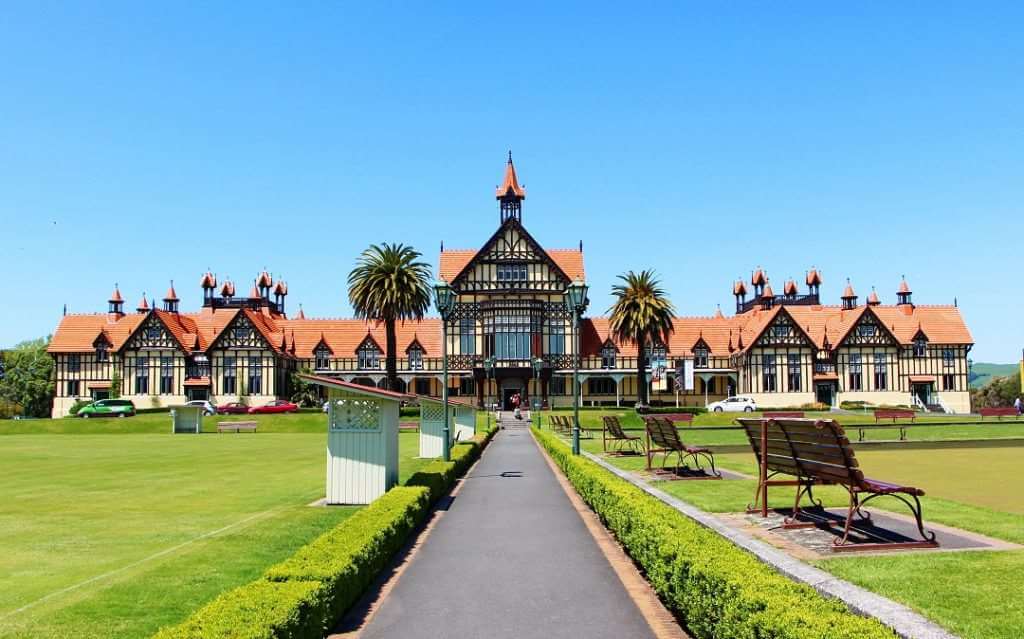 Often classed as the most popular holiday destination located on the North Island, Rotorua is located in the heart of a volcanic area, and has a moderate sea climate, which offers four very distinct seasons. Nearby volcanoes provide warm winds, which often make temperatures seem higher than they actually are, whilst the winds are not as strong as other areas of the country. The region also sees a large proportion of sunlight hours, with over 170 days of sunshine per year, and only 140cm of rain annually.

Between the summer months of December and February, average daily temperatures can range between 21°C and 29°C, with January and February being amongst the warmest months of the year. Even if it is cloudy, sun cream is a must, due to the strength of the UV rays. It is therefore advised to pack sun cream and other protection to ensure you don’t get on the wrong side of the sun!

March to May brings about the autumn, which continues in the same vein as the summer, with March also being amongst the warmest months. Temperatures can range between 15°C and 26°C during the day, but temperatures can often drop when the sun goes down. March is also renowned as being the wettest month of the year.

Winter in Rotorua occurs from between June and August, with the latter month generally being the coldest of the year. Average day time temperatures can range from between 9°C and 16°C, with the winter months receiving slightly more rainfall on average than the other months throughout the year.

Spring is between September and November, and features average temperatures of between 13°C and 21°C, which combined with the volcanic winds, results in a very mild spring climate. Once again, this temperature can drop when the sun goes down, so packing layers is advised if visiting during these months!