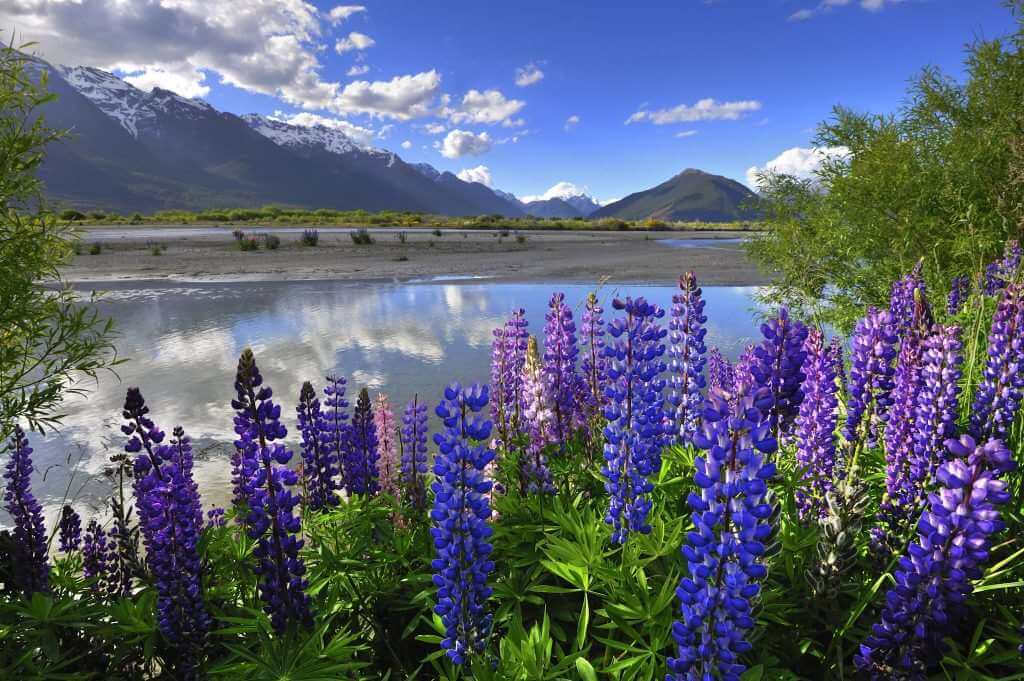 Surrounded by mountains and nestled next to Lake Wakatipu, Queenstown is popular amongst tourists at any time of the year, as there are activities and sights to see all year round. Having crisp and clear days, complete with snow-capped mountains in the winter, and warm, sunny days during the summer; on average, Queenstown has around 1921 hours of sunshine per year, whilst experiencing just over 900mm of rainfall a year, meaning there is no wrong time to pay the city a visit! However, mountain weather can be changeable, so there is the chance of experiencing all four seasons in one day, so make sure you pack appropriately!

Summer arrives in December and ends in February, bringing average high temperatures of around 22°C. There is also the chance of seeing temperatures in the high 20’s, and even breaking into the 30’s, but this is quite rare. The days tend to be long, with the sun rising at around 5am and setting at 10pm, offering plenty of daylight to explore the wonderful city. Average low temperatures are around 9°C, but there is also the chance of experiencing a cold snap thanks to the previously mentioned mountain climate.

Autumn comes next in March, and brings wonderful autumnal colours with it, and the crisp, cold nights create beautiful colours in the trees. Day time temperatures can reach highs of 25°C, but tend to hover around the average temperature of 20°C, with the nights becoming much colder. It is not unusual for there to be frosts nearer the end of autumn in May. Arrowtown holds a wonderful festival celebrating autumn during April, which is worth a visit if you are travelling at this time of the year.

Winter is particularly beautiful in Queenstown, thanks to the surrounding mountains, which become capped with snow. This snow tends to be confined to the mountains, and only usually occurs once or twice a year during the months of June and August. Day time temperatures during winter range from between 5°C and 10°C, but it is the nights where the real cold sets in. Nights usually do not drop any lower than -5°C, but have been known to reach temperatures as low as -15°C. However, the frost and snow do make for some beautiful scenery, so remember to pack the camera alongside your coat and hat!

Spring time brings beautiful flowers and wildlife to Queenstown, but can also bring the slightly unpredictable weather that can also be associated with summer. Warm weather can be found, but winter tries to hang on during September, meaning temperatures can be quite low in the early stages of spring. However, as it gets closer to November, the warmer temperatures set in, with daily averages of around 15°C, meaning you can experience the earlier stages of summer whilst still in spring, almost like two seasons for the price of one!