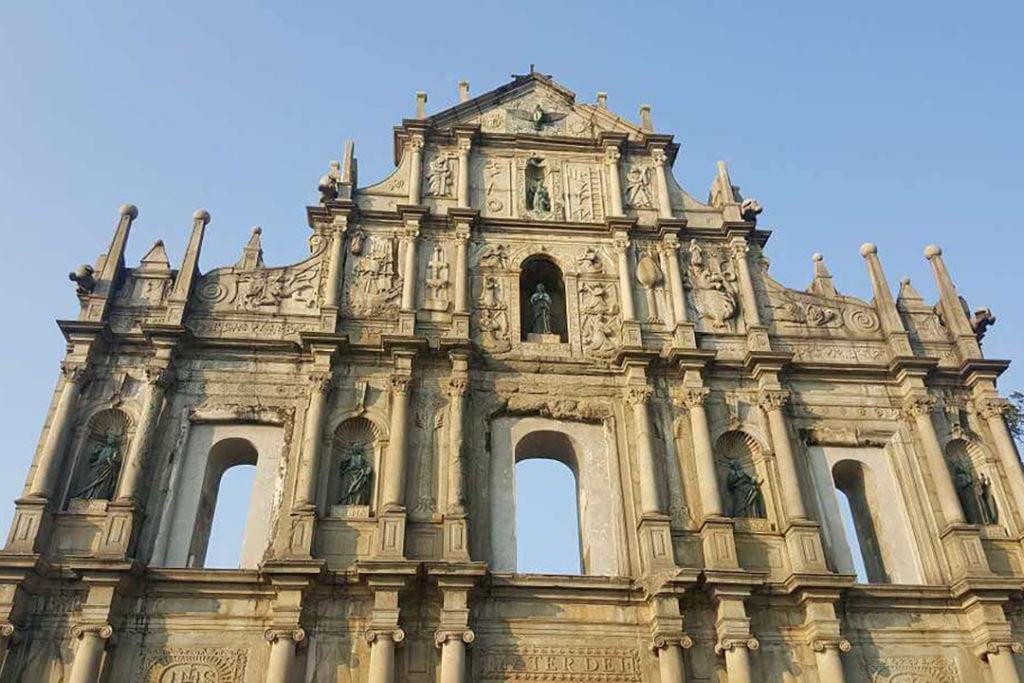 Macau, a former Portuguese enclave, mixes colonial charm with modern Chinese zest and is just a short hour-long ferry ride from Hong Kong.
Sometimes called the Las Vegas of the East, for its many glitzy casinos and nightlife, Macau is also home to several UNESCO-listed World Heritage Sites.

This full day tour will show you every side of Macau as it takes in the most popular attractions including the Ruins of St Paul’s, dating from the 16th century; A-Ma Temple, constructed in the year 1488 of the Ming Dynasty and Macau’s oldest temple, and Macau Tower. The tower is Macau’s iconic landmark and was opened in 2001 – its design is modelled on that of the Sky Tower in Auckland, New Zealand.

During your day excursion, there will be the chance to try some local dishes and sample some typical Macanese treats, and lunch is also included.

Please note, entry to Macau Tower is optional and approx. HK$ 165 per person, which is payable locally.

The 55 km bridge, which opened in October 2018, links Hong Kong to Macau and is the world’s longest sea bridge. This tour is the same as the one described above, but includes a one-way crossing of the HZM bridge and one-way by ferry.  Lunch is included.  Operates daily except for Sundays and public holidays.

The Very Best of Japan

The Very Best of China