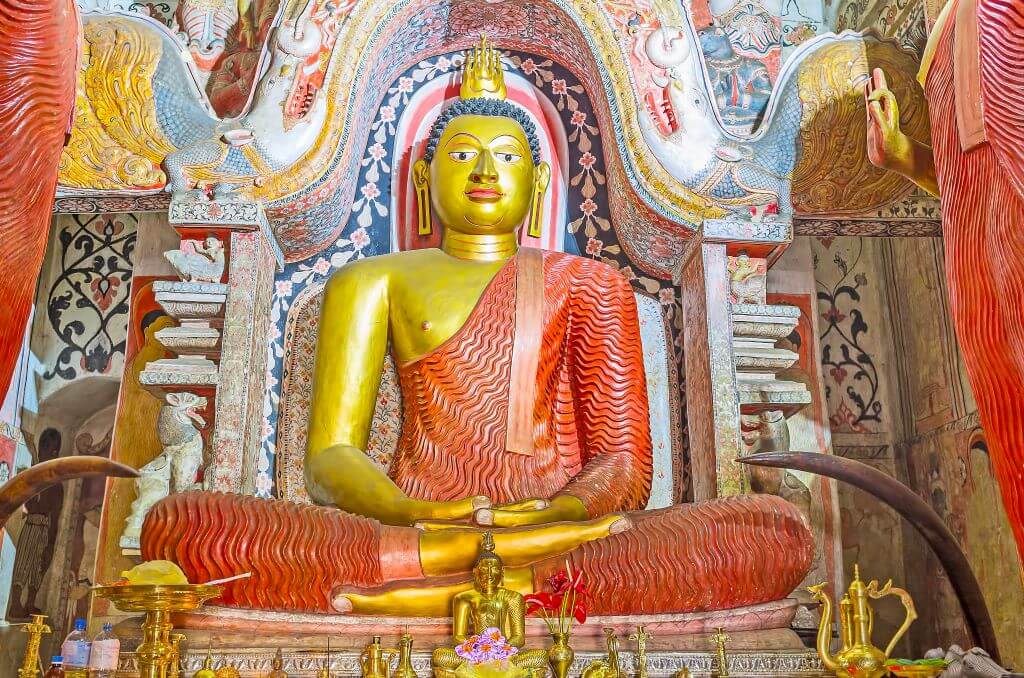 For something a little different today, hop on a tuk tuk to be taken to the rural setting of Gampola to explore three lesser-known temples with a knowledgeable guide. Start off with Gadaladeniya Viharaya, one of the so-called ‘Three Temples’ or “Western Shrines’. Built of stone by Gampola’s King Bhuvanekabahu IV and perched on a rock cliff, the temple is a fine example of the Dravidian style of architecture and offer its visitors a panoramic view of the surrounding countryside.

Then we’ll travel though paddy fields to the second temple, Lankathilaka, considered one of the most magnificent monuments of the Gampola era. Lankathilaka is unusual in terms of its Buddhist architecture: instead of the abstract symbolism of the stupa, the attention is focused on the giant figure of the Buddha, which fills the entirety of the shrine. Before we making our way to Embekka, we visit a plantation that grows tea, coffee and pepper, giving us a glimpse of Sri Lanka’s fertile farmlands. Embekka is a Hindu shrine, renowned for its intricately carved wooden pillars and its high-pitched roof. The main temple has two sections, the Wedasitina Maligaya (in which the Deity resides), and another which has the Digge, or Dancing Hall and the Hevisi Mandapaya, or Drummers Hall.

Please note: When entering temples and other sacred places it is required to cover shoulders and knees, and shoes may need to be removed.