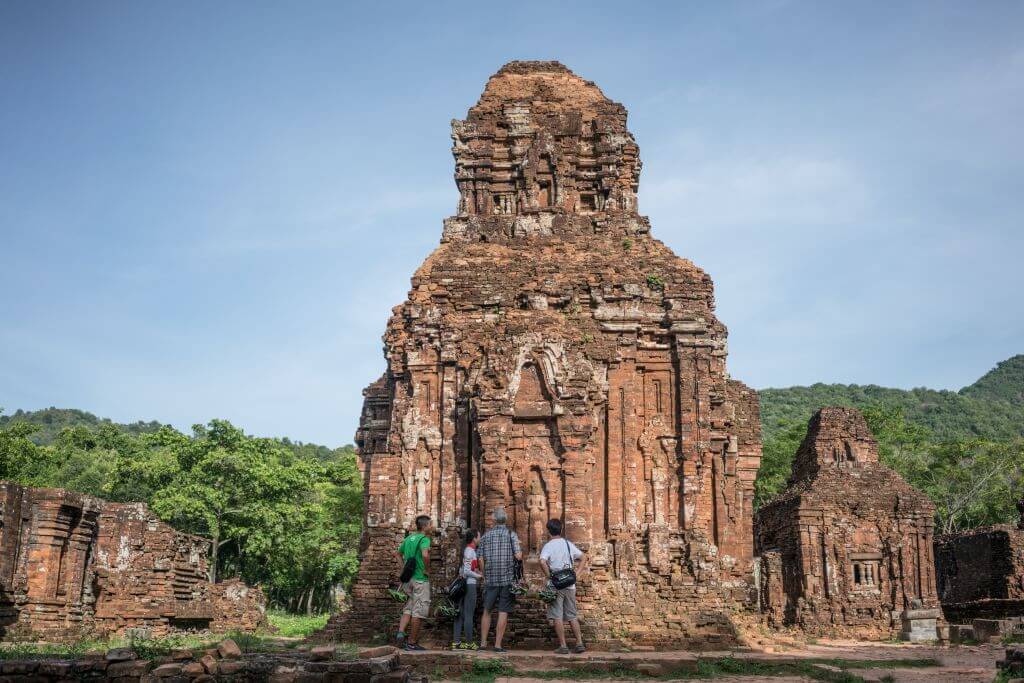 Hoi An: Temples of My Son

Between the 4th and 13th centuries a unique culture which owed its spiritual origins to Indian Hinduism developed on the coast of contemporary Vietnam. The Cham people ruled central Vietnam and their kingdom once stretched into what are now Laos and parts of Cambodia.

This is graphically illustrated by the remains of a series of impressive tower-temples located in a dramatic site that was the religious and political capital of the Cham Kingdom for most of its existence.

The tower temples have a variety of architectural designs symbolising the greatness and purity of Mount Meru, the mythical sacred mountain home of Hindu gods at the centre of the universe, now symbolically reproduced on Earth in the mountainous homeland of the Cham people. They are constructed in fired brick with stone pillars and decorated with sandstone bas-reliefs depicting scenes from Hindu mythology.

This fascinating half day tour sheds light on a little-known culture of historic Vietnam.
Please note: All Freedom Day descriptions represent a typical itinerary and may not operate exactly as described. Local operators may vary from time to time.

The Very Best of Vietnam and Cambodia