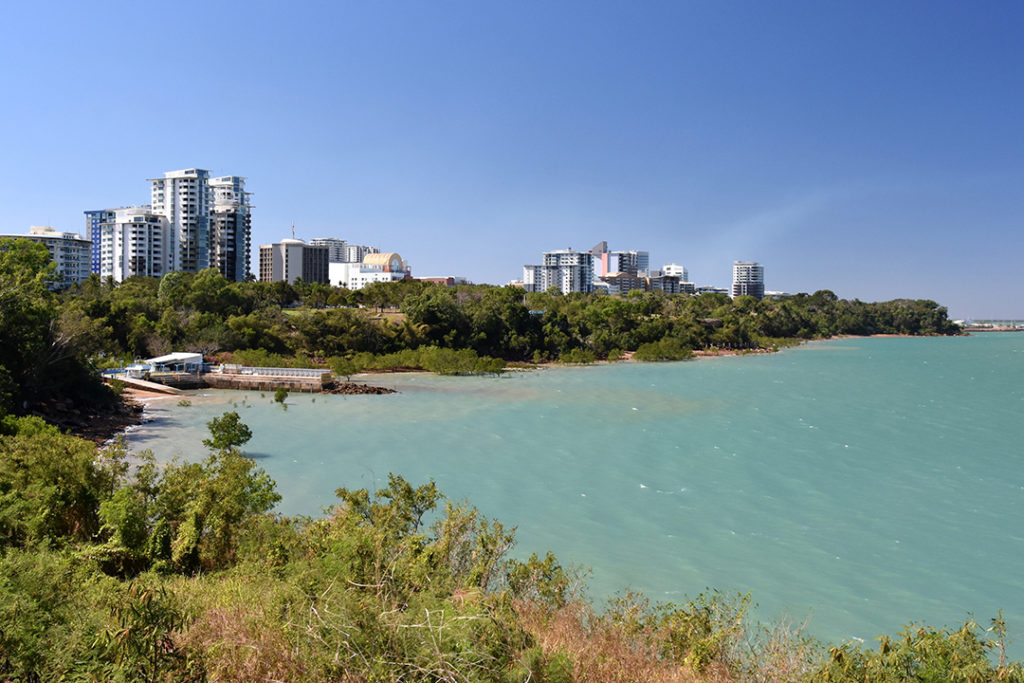 The Darwin City Explorer Tour is a perfect way to gain an overview of all the top attractions in the Darwin area.

Travelling in air conditioned comfort, this tour includes visits to historical Palmerston Town (Palmerston was the original name of Darwin) and Parliament House, which is Australia’s newest Parliament Building. There’s also a chance to explore the WWII Oil Storage Tunnels which were built during World War II to protect the oil stored in Darwin from Japanese bombing.

We also will take in the Darwin Military Museum, the Darwin Waterfront and Botanic Gardens, the Northern Territories Museum and Art Gallery.

Another highlight of this tour is the Qantas Hangar: Darwin was a critical link for air travel between Europe and Australia in the early days of commercial aviation before the advent of modern aircraft which could fly long distances non-stop. As a result, the history of Qantas is closely tied to Darwin and includes the Qantas Empire Airways Ltd Hangar, part of the original Darwin Civil Aerodrome.