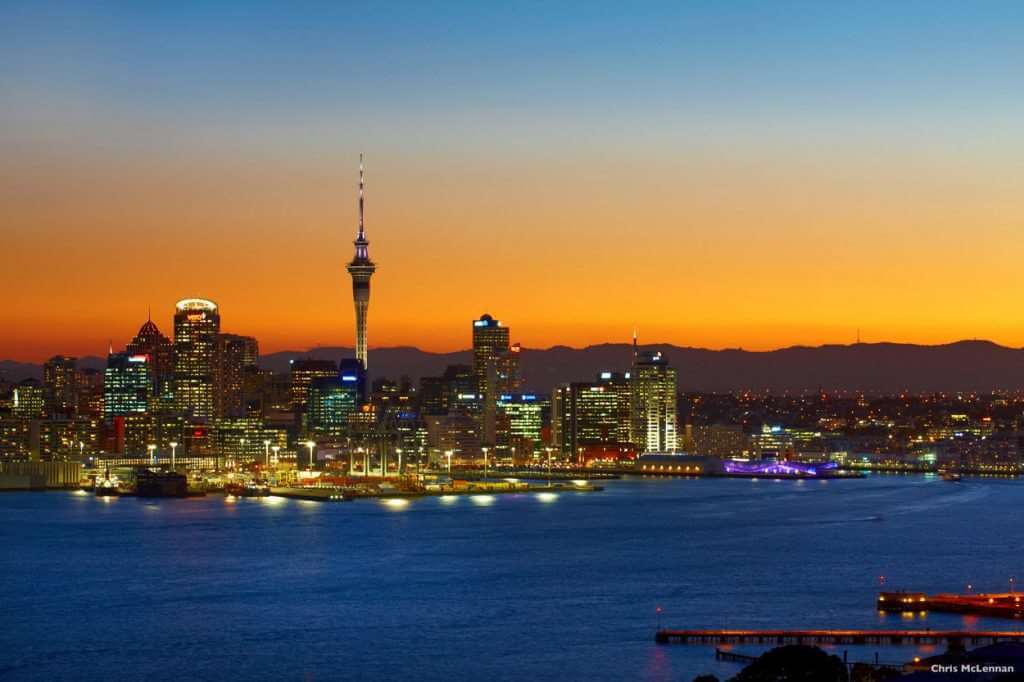 Is your magnificent trip to New Zealand on the horizon? Then you’ll hopefully be taking a tour that visits the fantastic city of Auckland. Like many cities Auckland is full of charm and character, but there are a few things that also make it incredibly unique. In preparation for your trip, we’ve put together 10 interesting facts which you can recite to fellow travellers during your explorations in Auckland to impress them with your wealth of worldly knowledge!

This rather impressive Auckland fact is down to the position of the city between two natural harbours. Auckland has some truly amazing walks that the city has become renowned for, and a favourite is the Coast-to-Coast walk. It is a 16-kilometre walk starting at the Waitemata Harbour by the Pacific Ocean and ending at the Manukau Harbour by the Tasman Sea.

It may sound slightly scary, but don’t worry, these volcanoes are not expected to erupt again in this area. The volcanoes originated from a magma source which is located 100-kilometres under the city and have provided the city with some truly remarkable landscapes.

With a lot of land and a low population, it is unsurprising that the quality of life in New Zealand is quite high. People find that there is a more relaxed approach to life here and the people are friendlier for it.

Following on nicely from fact number three, fact four celebrates that despite not making the top 5 since 2008, Auckland is still continuously appreciated for the kiwi way of life.

Positioned on a peninsula between the Waitemata and Manukau Harbour, Auckland is lucky to be home to wonderful waters with unbeatable landscapes and unique wildlife that frequently make it to the big screen. These picture perfect waters are also why Auckland is known as the world’s best city for yacht lovers. So even if you only visit Auckland to sail these waters, it certainly wouldn’t be a wasted journey.

If your tour is visiting Auckland, expect to meet some lovely Polynesian people. They make up around 28% of the Auckland population and invite the city and its visitors to enjoy their culture at the Otara markets and the yearly Pasifika festival.

Helen Clark, currently head of the UN Development Programme, was New Zealand’s 37th Prime Minister and grew up and studied in Auckland.

Pop singer Lorde is the only New Zealander to top the US Charts since 1987 and is from Takapuna, Auckland.

Our final Aucklander is Sir Edmund Hillary, who is most famously known as being one of the first confirmed climbers to reach the summit of Mount Everest.

Shortland Street is New Zealand’s longest running prime-time soap, following the lives of a medical team at Shortland Street Hospital. The show has been running for over 24 years with the city of Auckland as its home.

Auckland was the second city to become the capital before Wellington took the title, which it still has today. Auckland lost its role as the capital city because government officials travelling from the south found the journey too arduous, with a single trip taking up to two months.

The Maori name for Auckland is Tamaki Makaurau, which translates to ‘Tamaki with a hundred lovers’. This name was devised because of the desirability the land had with its fertile ground and versatile waterways.

The interesting city of Auckland offers so much to its visitors thanks to its fascinating landscapes and people. So relax and enjoy this peaceful and serene city, because there really is nowhere else like it.