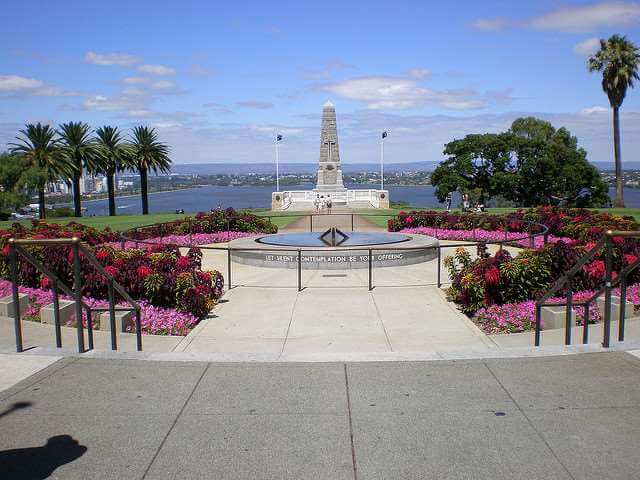 Discover the enchanting parks and gardens of Perth

Discover the enchanting parks and gardens of Perth

Hustle and bustle is anticipated when visiting a big city. However Perth, the captivating capital of Western Australia, offers something a little more magical – something you may not have anticipated…

Impressive parks and stunning gardens can be found all over Perth, displaying fabulous water features, art and wildlife. The sheer beauty of the parks and gardens of Perth quickly make you forget you’re in a city, by transporting you to somewhere much more peaceful and picturesque. It’s for these reasons why the parks in Perth are essential to explore on a tour of Australia.

There are many national parks in Perth, five of which are Heritage listed. Brimming with stunning scenery and rich culture, this city conveniently hosts an array or flora and fauna without even stepping out of its boundaries. So, to help you make the most of your city stop by adding a little natural beauty to the itinerary, we have found Perth’s best parks and gardens for you to discover.

The Best Gardens in Perth

When it comes to gardens in Perth, Stirling certainly wins the award for being the longest standing public gardens. The gardens are named after Sir James Stirling, a prominent figure who fought hard for the establishment which first opened in 1845. Reconstruction work on the gardens has since been completed in 1965 to ensure the Toodyay stonewalls and shallow pools maintained its beauty. Amazingly, these botanical gardens in Perth still nurture some of the original trees planted back in 1845.

These gardens officially opened in 1899 and were named after Queen Victoria to celebrate her Diamond Jubilee. With stunning displays of flowers, finely cut lawns and marvellous lily filled lakes, you couldn’t want for a more stunning setting.

Named after the architect Harold Boas, these gardens are beautifully designed. With a fabulous waterfall, lake, and rock cascade displays, this picturesque garden is the ultimate reprieve for both traveller and local alike. Find out more about these gardens here.

The Best Parks in Perth

As one of the world’s largest and most beautiful parks to be found in a city, we highly recommend you pay it a visit. The views are spectacular, as it looks over both the Swan and Canning Rivers, onto the city’s skyline, and to the east, you can see the magnificent Darling Ranges. Within the park is the Western Australian Botanic Gardens, which is home to over 3,000 species of unique flora. Plus, much of the park is protected bushland, which means you can immerse yourself in untouched native natural wonders, without even leaving the city.

Langley park was originally used as an airstrip by Sir Norman Brearley, who pioneered in civil aviation in the 1920s. However, the land was soon reclaimed in order to create more open space near the city. Today, the lovely stretch of greenery runs through the city’s Central Business District, adjacent to Swan River, giving those exploring the city a pretty place to relax.

This interesting park was originally a camping ground for Nyungar families. However, since it has been used as a gas works site before being turned into the Mardalup Park we now know today. Named after its Nyungar past, ‘Mardalup’ translates to ‘a place of small marsupial’. You’ll find it by the river’s edge complete with BBQ facilities, a children’s playground, drinking water, and ample seating should you need a rest from roaming the city.

If you head to west Perth, this park is the perfect retreat to step into for a break. With a tranquil atmosphere, curtained away by greenery, it is the perfect place to stop for a spot of lunch.
Image by Monica D. via Flickr