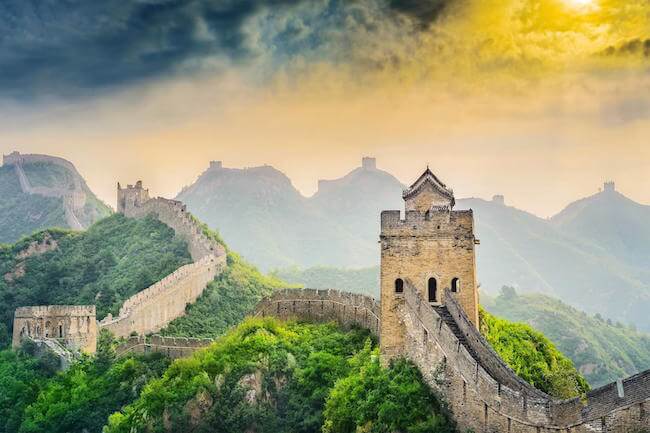 With the world’s biggest population, China is one of the world’s most fascinating countries, its billions of people having created a rich history, an interesting culture and some of the world’s most incredible sights. It’s this that makes China a must-visit, and if you’re wondering what to see in China, there are several places across this wonderful country that may make your shortlist. Here are the top things to do in China, worthy of any travel bucket list. 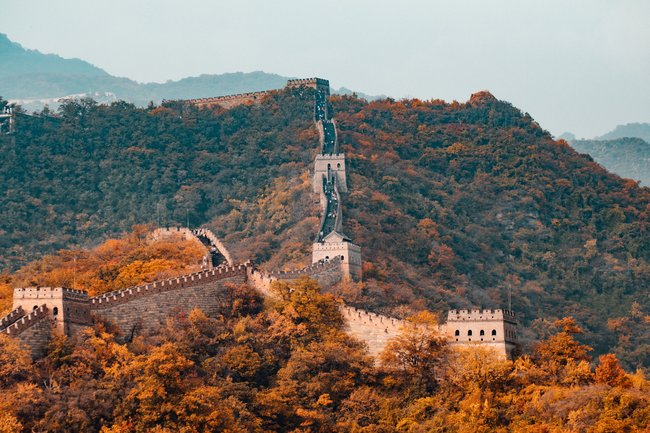 The Great Wall of China

The Great Wall of China is one of the most impressive feats of construction anywhere on the planet, and an absolute must-see in China. Said to be over 13,000 miles long, the Great Wall is actually made up of several smaller walls. Its length means it’s easy to visit a section of the wall from many places in China, but the section near Beijing, dating from over 500 years ago during the Ming dynasty, is perhaps one of the most popular.

The Great Wall extends across the historical northern borders of China, initially built to protect former empires and states from invading armies. Snaking its way through grassy hills, deserts, mountains and plateaus, the Great Wall stretching through the landscape is an incredible sight, with its excellent Ming Dynasty architecture being another reason why it’s one of the best sights in China. 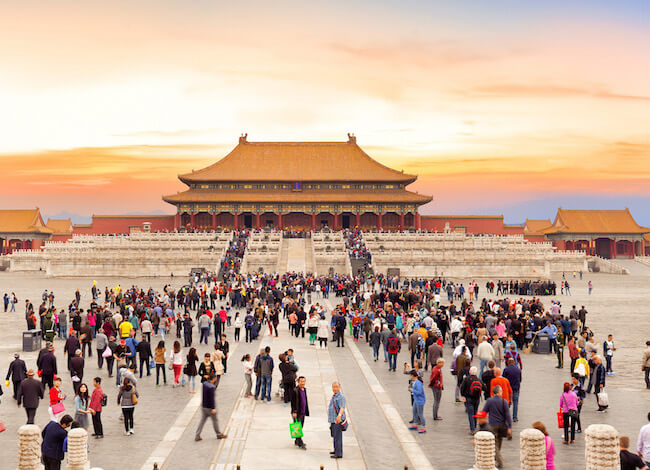 As well as the Great Wall of China, Beijing is also home to another of the best places to visit in China: the Forbidden City. It’s the largest ancient palace in the world, constructed in 1420 during the early Ming Dynasty, and is a spectacular example of Chinese imperial architecture. The grand halls and gates are painted red for good fortune, topped with yellow roofs, the colour of supreme power at the time.

Between the beautiful halls, courtyards and gardens, you’ll see several treasures throughout, such as the bronze lion statues and the carved animals on top of each building. The most treasures can be found in the Palace Museum, which holds over a million rare artworks and artefacts, including historic paintings, clocks, ceramics and bronzeware. 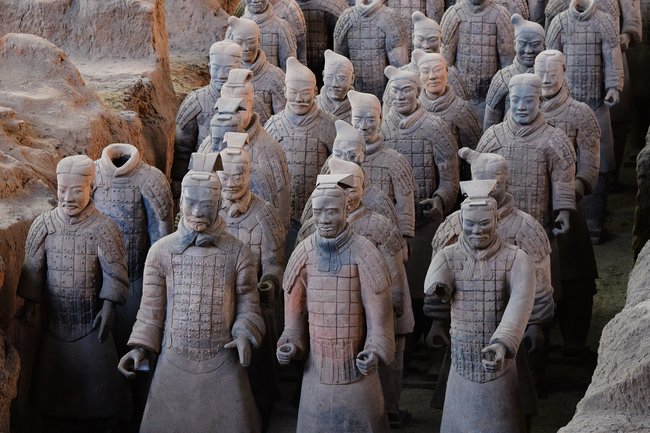 Image by Edward He

One of the greatest archaeological finds of the 20th century, the incredible Terracotta Army, found at Emperor Qinshihuang’s Mausoleum Site Museum in Xi’an, is undoubtedly one of the best things to visit in China. The Terracotta Army is made up of thousands upon thousands of soldiers and horses made by hand with terracotta clay, built to guard the First Emperor of China, Emperor Qin Shihuang, in the afterlife.

Housed in three vaults filled with figures – one the size of an aircraft hangar – the Terracotta Warriors are beautifully crafted and painted, and are just simply awe-inspiring. Another chamber, found a few metres away, also contains a spectacular exhibition of a chariot and four horses made from bronze, adorned with gold and silver ornaments.

The Yangtze River is the most famous river in China, winding its way west to east through over 4000 miles of scenic landscapes. One of the best things to do in China is a Yangtze River cruise: a wonderful way to take in the ways of this beautiful river and its surroundings.

A mixture of modern port cities, such as Chongqing, and traditional villages are passed by the Yangtze, so it’s a brilliant way to see many different ways of life in China. The Yangtze also meanders through some of China’s most stunning scenery, such as the iconic Three Gorges, where the rolling water has carved its way through deep canyons. 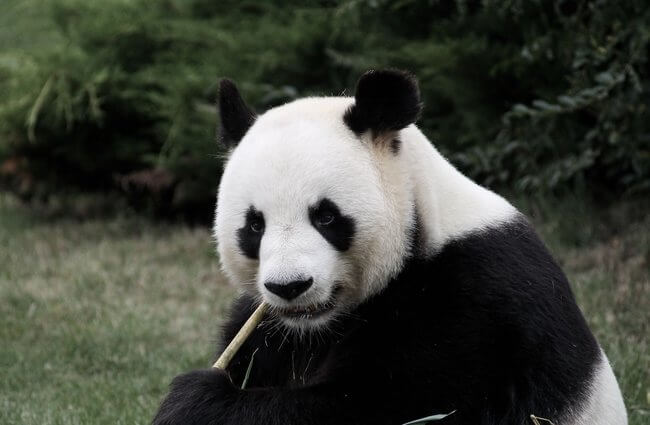 The Giant Pandas at Chengdu

Giant Pandas are an exceptionally rare species due to their reluctance to mate, with most of the world’s population living in China’s Sichuan Province. The Chengdu Research Base of Giant Pandas is possibly the best place to see the Giant Pandas on the planet: it’s home to over 120 Giant Pandas, as well as over 70 Red Pandas.

At the research base, you’ll be able to see the cuddly pandas in their natural habitat, and you’ll also learn all about the centre’s world-leading research into panda conservation. Take a guided tour to get the best views of the pandas as well as everything you need to know about them. A must for wildlife lovers! 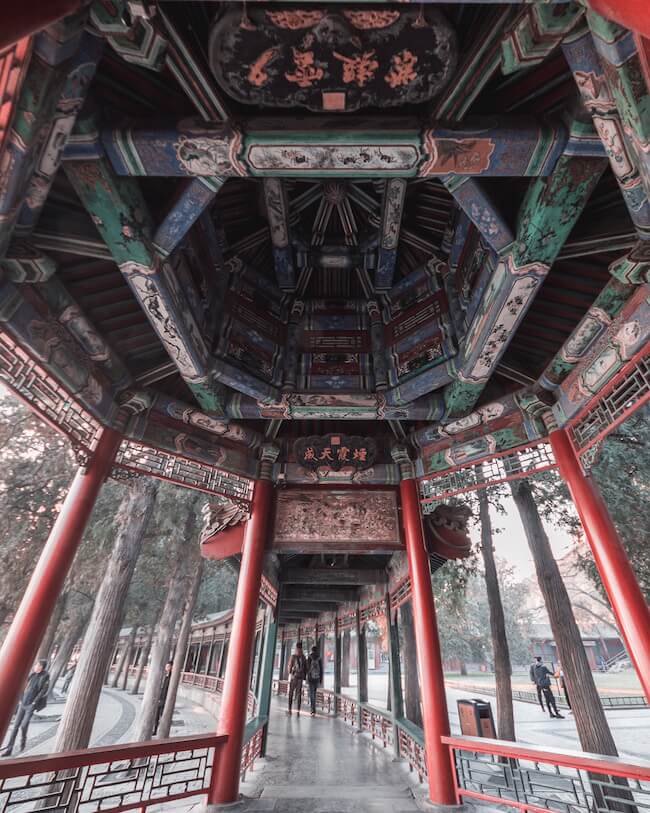 There are so many ancient palaces in China to visit, but if you must visit one in your short time in China, make it the Summer Palace on the outskirts of Beijing. The royal escape for emperors and their families seeking to escape their cities for a while, you could get lost for hours here exploring the many temples, gardens, pavilions, bridges and waterways.

Much of the grounds are taken up by the vast Kunming Lake, which makes it the ideal place for a scenic waterside stroll. Along the way around, marvel at the Marble Boat; Longevity Hill, topped by the eight-tiered Tower of Buddhist Incense; and the Long Corridor, a canopied, ornamental walkway decorated with thousands of artworks. Be sure to also step inside some of the impressive buildings, such as the Hall of Benevolence and Longevity, the Grand Theatre opera houses and the Hall of Joy and Longevity, filled with Qing-era furniture.

An unforgettable visit to China

All of these amazing sights and more prove that China is a place that everyone needs to visit at least once in their lifetime. On our guided tours of China from the UK, you’ll get to see all of the must-see locations mentioned above and more. Alongside visiting these incredible attractions, you’ll get to see cities such as Shanghai, hidden gems such as the historic city of Pingyao, and the stunning Li River, which you’ll get to cruise along in style.

If you’re looking for more tips on how to get the most of our China, take a look at our advice for first-time travellers to China.