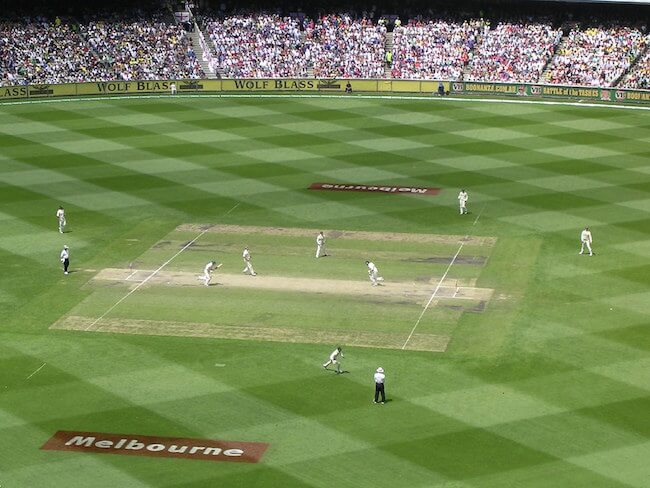 6 of the best sports attractions and stadium tours in Australia

6 of the best sports attractions and stadium tours in Australia

Offering a variety of world class sport ranging from cricket to rugby, horse racing and its very own Aussie rules football (AFL), Australia is renowned for its sporting heritage and is home to some of the world’s most iconic sporting venues. As part of our guided tours of Australia departing from the UK, you’ll get to visit many of the sports stadiums and grounds up close, and even take a tour of them if you wish. We’ve delved into just some of the very best Australia stadium tours and sports attractions the country has to offer. 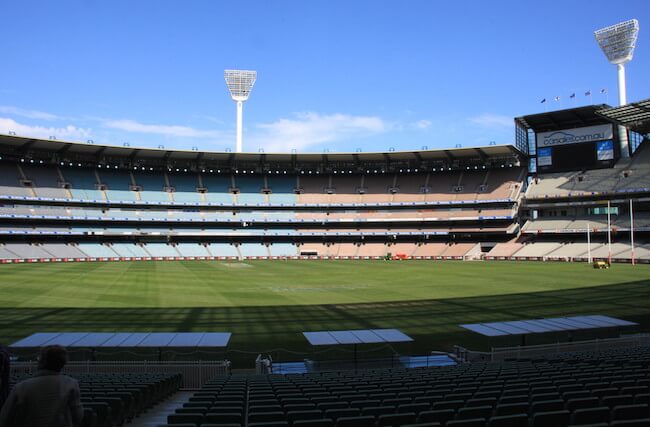 England has enjoyed a friendly rivalry with Australia when it comes to cricket ever since the very first Ashes series in 1882, and with a Melbourne Cricket Ground (MCG) stadium tour, you can step into an iconic cricketing venue and discover over a century of cricketing history. As part of the behind-the-scenes tour, you’ll get to see everything from the arena itself to the players’ changing rooms, the famous MCC Long Room, the MCG Tapestry, a portrait of cricketing legend Sir Donald Bradman, and the MCC Library, which dates all the way back to 1873. Passionate guides will take you through everything you need to know about the MCG. 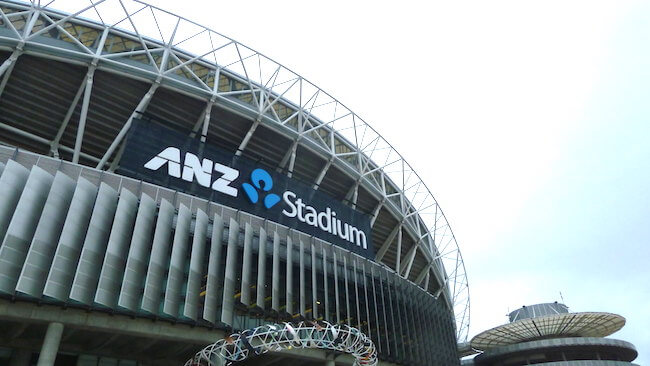 Originally built to house the Olympics Games hosted in Sydney in 2000, almost 20 years on, the ANZ Stadium has welcomed more than 26 million fans, has been the setting of some of sport’s biggest moments, and continues to host huge events entertaining thousands at a time. The ANZ Stadium Tour offers visitors the chance to witness Olympic and Australian sporting history. See where star athletes prepare for their events, walk (or run!) through the iconic tunnel where the athletes emerge from and even take a step on the original medal podium from Sydney’s Olympic Games.

The Melbourne Cup is one of the world’s most prestigious horse racing events, and its home since 1861 has been the Flemington Racecourse, where you can take a guided walking tour and visit the Flemington Heritage Centre. On the Flemington Racecourse guided tour, you’ll get to see the racecourse itself, the jockey and stewards’ rooms, mounting yard and the original horse stall of the 1890 Melbourne Cup winner Carbines. Pair this with a visit to the Heritage Centre for the full experience – here you’ll get to see a variety of fascinating artefacts from the archives that help bring the history and excitement of horse racing at Flemington to life. 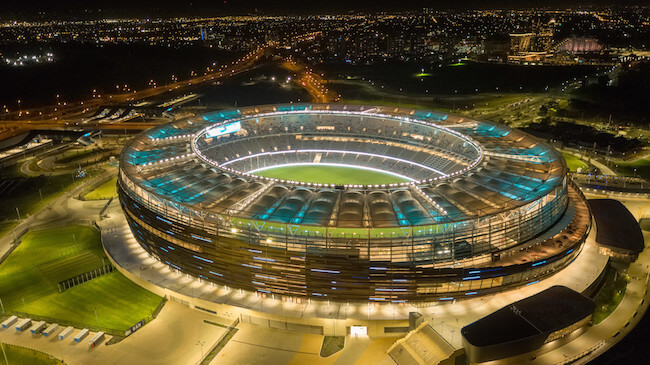 Home to the biggest cricket matches in Western Australia, including both domestic and international matches, the Optus Stadium in Perth is a stunning state-of-the-art stadium, named the Most Beautiful Stadium in the World 2019. Optus Stadium tours take in Western Australia’s rich sporting history and offers some incredible photo opportunities. Walk around the stadium, get a behind-the-scenes look at the changing room, admire an array of sporting memorabilia and take in the best views of Perth and the Swan River from the Sky View Lounge.

If you’re keen to learn more about Australian rules football, which is rarely seen outside of Australia, why not try a Marvel Stadium tour? Also known as the Docklands Stadium, the Marvel Stadium is set in Melbourne’s Docklands and is one of the country’s biggest AFL venues. On a Marvel Stadium tour, you’ll get to visit the changing rooms, briefing rooms, the media centre (which also doubles up as the AFL Tribunal), and walk down the umpires’ tunnel.

One of cricket’s most iconic venues has to be the Adelaide Oval, where crowds of up to 50,000 gather for the biggest matches in cricket, and legends such as Bradman, Tendulkar and Hobbs helped write cricketing history. The Adelaide Oval’s special guided walking tour lets you take in one of the world’s most picturesque cricket grounds, visit the changing rooms, sit in the cricket viewing room and witness the Bradman Collection of cricket memorabilia. An experience not to be missed, this tour is led by expert volunteers and also includes a souvenir lanyard and cricket ball.

If you’re a big fan of cricket, rugby, horse racing, athletics or pretty much any sport you can think of, Australia and its many world-class sports venues are must-visits. Take a look at our complete collection of escorted tours across Australia, which feature the opportunity to visit many of these stadiums and grounds, to find your perfect holiday and discover Australia’s sporting magic.