10 things you might not know about the Great Barrier Reef

10 things you might not know about the Great Barrier Reef

The Great Barrier Reef is an astounding feat of nature, with its vast size, array of species and glorious beauty. Bearing all of this in mind, it is no wonder that Great Barrier Reef holidays are incredibly popular and provide the experience of a lifetime. Here’s ten facts about the Reef that you may find interesting: 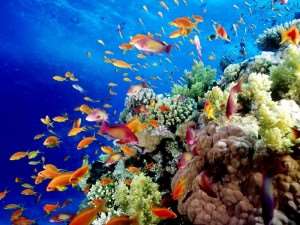