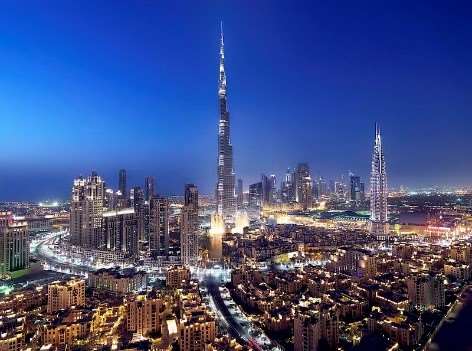 Dubai is just one of four great Asian destinations you can visit on an inbound stopover as part of our Australia tours, and has something exciting and different to offer around every corner. Begin your Dubai adventure here with 10 of the most fascinating and surprising facts about this unique city:

Foreigners make up most of the total population, with the locals, the Emiratis, only making up 15% of the total.

It is one of the fastest growing cities in the world – rewind back to the 1960s and 70s and Dubai was a small desert settlement. Today, it boasts a population of over 2 million people.

Dubai is home to the world’s tallest building, the Burj Khalifa. Measuring at over 828m high, it has 164 floors.

Making deliveries in Dubai can be a challenge, as there is no standard address system. Instead of a line for address, there is a space to draw a map, or leave instructions which refer to local landmarks.

Contrary to popular belief, oil only accounts for a small proportion of Dubai’s economy, about 11%. While it previously played a bigger role, today tourism and trading are the driving factors.

Dubai is also home to the world’s largest shopping centre – the Dubai Mall, which has over 1,200 stores. Try fitting all of those shops in within one day!

The city has also managed to build an entire metro train system in 18 months. Consisting of 42 stations, the above-ground system opened in 2009.

Disneyland rejected Dubai’s proposal for a Disneyland to be built there, so instead have decided to make their own mega theme park called Dubailand. It is expected to be finished by 2020, and will be twice the size of Disneyworld in Florida.

There are hundreds of mosques found across Dubai, with the call to prayer being heard throughout the city. Even the hotel rooms have arrows pointing in the direction of Mecca so that people know which direction to face when they pray.

Although Arabic is the official language of Dubai, the majority of locals in fact speak English. Even the local Emiratis speak English by choice.