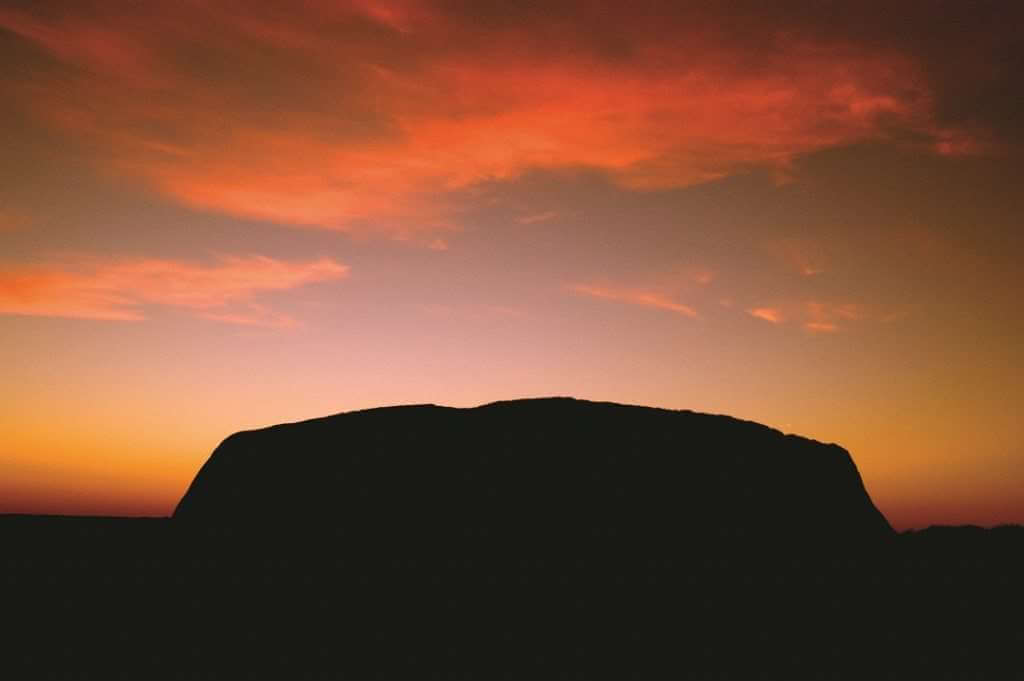 Situated within Australia’s Red Centre, the climate at Uluru is much more extreme in comparison to the coastal cities you will also get to visit, as it has a semi-arid climate which makes it very hot and dry during the summer. Temperature can still change dramatically from day to night, however, and the amount of rainfall varies from year to year, too, though it does tend to be dry. As the weather varies so much more than in other areas of Australia, the native Aboriginal people of the region have in fact classified there as being five seasons rather than the four that we are more familiar with.

The first season is the season of cooler weather, which falls in April and May. At this time of year, the temperature begins to plummet from the highs of the summer months, especially at night-time. Maximum temperatures are in the high 20s, which means that the weather is still pleasant enough to enjoy as you explore. This time of year is also quite dry, with a mean average of 17mm of rain in April, meaning that it’s quite unlikely you’ll get rained on during your time here!

June and July marks the coldest period of the year, and is known as the ‘cold season with morning frosts’. Though Uluru is often stereotyped as being set within a desert which is always hot and dry, the area during this time of year couldn’t be more different, with temperatures ranging from 5°C and 20°C. It is therefore important if you’re visiting at this time of year to bring plenty of clothing to wrap up warm.

August and September is the time of year which most resembles spring-time, with hibernating reptiles and other animals emerging, as well as the flowering of fruit plants beginning to take place. This is one of the best times of the year to see kangaroos in their natural habitat, as they come out in abundance during this season. Though the temperatures have begun to climb to highs of 29°C in September, the nights still remain cool. This is also the driest time of the year around Uluru, as rainfall reaches a low of a mean average of just 4.5mm in August.

Throughout October, November and December, the temperature rises rapidly into the 30s, creating the desert climate that the area is best known for. Though storms can roll in and bring in sparks of lightning, rain rarely falls as a result, reaching highs of just 42mm in December. During this particularly hot time of the year, visitors should make sure that they are equipped to deal with both the heat and the dehydration, which can hit you very quickly!

January, February and March bring about both the hottest and wettest times of year, with highs reaching a scorching 38.5°C in January, and rainfall highs of 44mm in February. It is also one of the most unpredictable seasons – temperatures and rainfall can in fact differ greatly from year to year, so you should pack for any eventualities if you are visiting this time of year! The landscape can vary greatly depending on the weather that this season brings, ranging from a plentiful flowering of plants if the rain falls to a complete drought if the area has to suffer true desert conditions.