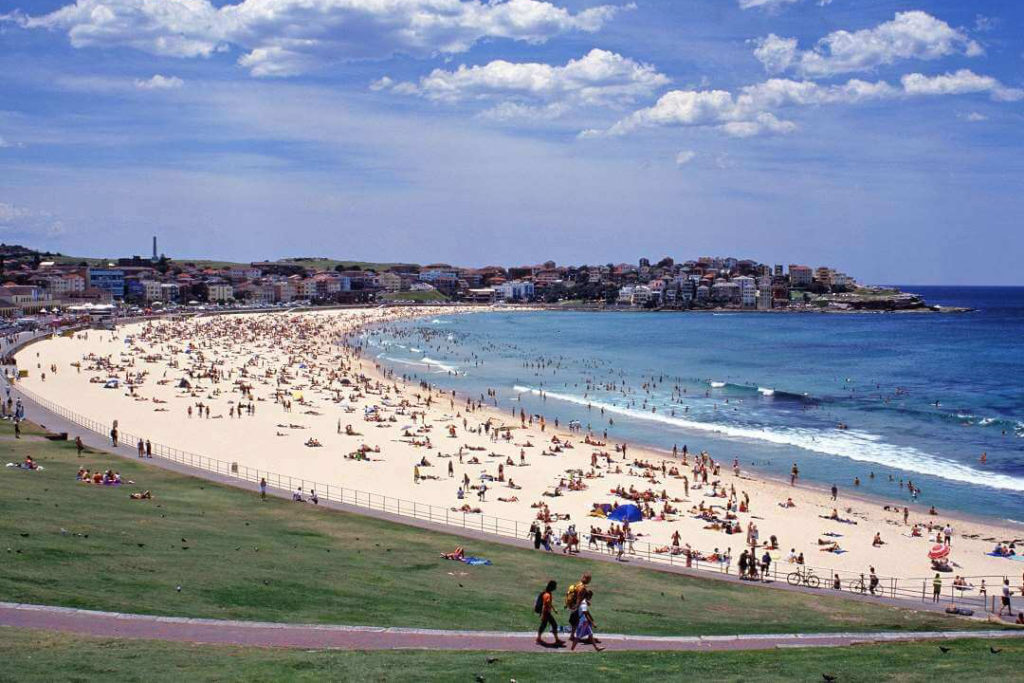 Sunny Sydney has the reputation as a surfers’ paradise, and rightly so, with its Mediterranean-style climate complementing its beautiful beaches to make it a top destination for watersports. Rainfall is spread fairly evenly throughout the year, and visitors can expect warm to hot summers and mild winters.
Like in Britain, summer is the warmest season in Sydney, with January being the warmest month of the year, averaging temperatures between 17.5°C and 26°C. Rainfall is roughly 100mm a month, which is low by British standards – perfect for enjoying the great outdoors and all that Sydney has to offer. A number of events soak up the sunshine and take place throughout this glorious season, from world championship sporting events to the New Year’s Festival at the Harbour Bridge.
Autumn falls between March and May and is one of the more pleasant times of year to visit, as the level of humidity is much lower. Temperatures take a slight drop, ranging between 11°C and 25°C, which is still warm enough to enjoy the beauty of the city, including the array of national parks that fringe the city, as well as the nearby beautiful Blue Mountains. It gets a tad wetter during this time of year, making it the wettest time of year, yet the average rainfall is still only around 130mm a month. Make sure you pack something for the wet weather so that you can still witness the beauty of Sydney bright with the light of its famous sunshine!

June to August marks winter in Sydney and also the coolest time of year, though it is still much warmer than your typical British winter, with temperatures ranging between 8°C and 18°C. It’s also a little drier than it is in the autumn, with just 80mm of rain falling on average during August. If you’re planning on doing some whale-watching during your time in Sydney, this is the best time of the year to go.
Like in the rest of Australia, when spring kicks in between September and November, the city comes to life, with plants flowering and animals coming out to frolic in the city’s many parks. It also begins to get a little warmer, with temperatures ranging between 11°C and 25°C. This is also the driest time of the year, with monthly rainfall ranging between 68 and 83mm a month. Combined with the warm temperatures, this makes the spring a great time of year to visit and explore Sydney.