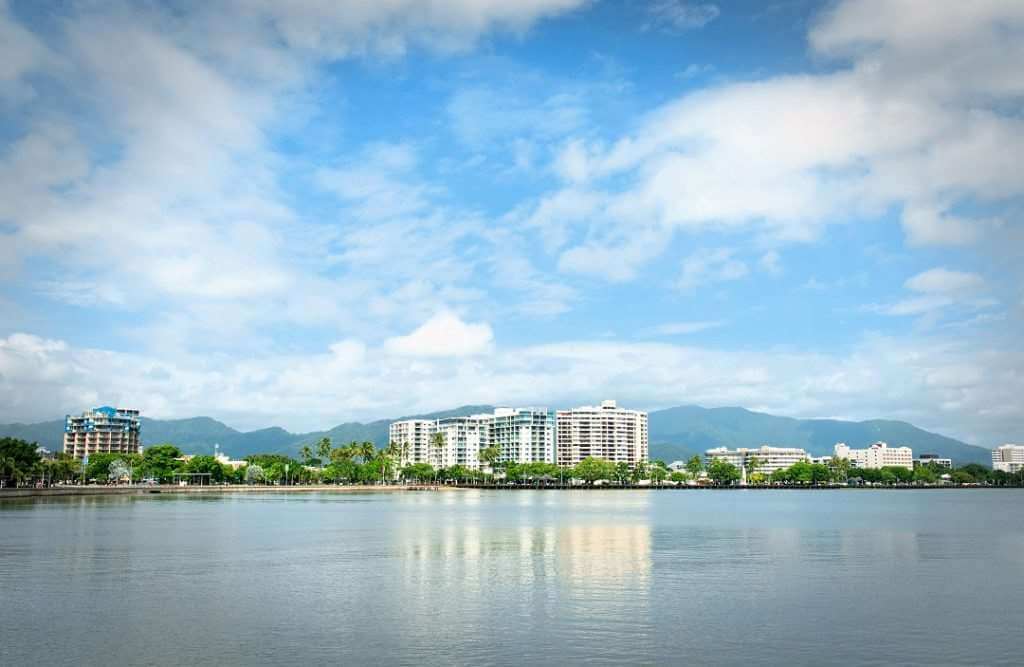 Cairns has a distinctly different climate to anywhere else you’ll get to visit in Australia with Distant Journeys – situated in tropical Queensland, Cairns is a city of two extremes: hot, humid summers and mild, dry winters. It is also prone to tropical cyclones, which can occur when it is especially humid – this is definitely a city where you need to be prepared for anything!

Summer in Cairns falls between December and February, and, unlike most of the rest of Australia, faces a monsoon during this time of year. Expect rainfall to range between 170mm in December and 450mm in February, which is 3 to 4 times wetter than Sydney! You’ll definitely want to pack an umbrella, as well as some practical waterproof clothes if you’re taking part in something more hands on. Despite the rainfall, it is still a pleasantly warm season, with average temperatures of roughly 25°C throughout the season. It’s one of the best times of year to explore the tropical haven of the Daintree Rainforest, with the rivers and waterfalls flowing freely, as well as the Great Barrier Reef, when you can enjoy warm waters as well as great underwater visibility.

After a transitional period in March, autumn truly sets in in April, and here begins the dry season. It is just a few degrees cooler than it is during the summer months, though there is significantly less rainfall – roughly half of what the city faced just months earlier. With pleasant temperatures and a reduced rainfall, this is a great time of year to visit Cairns.

The winter season falls between June and August and is the peak tourist season in Cairns, bringing with it pleasant temperatures (maximum average 26°C) and clear skies which make it the perfect time of year to explore the region. July and August are also the best times to look out for humpback and minke whales which migrate up the coastline. Cairns once again becomes even drier at this time of year, fetching lows of 26.7mm in the month of August.

With September acting as another transitional period between the radically different seasons, the thunderstorm begins to kick in from October, stretching through to December before the start of the monsoon rains. This is another great time of year to visit the Great Barrier Reef, though, as it starts to magically come alive with the spawning of the coral. Temperatures range from 20°C to 32°C, with rainfall rising back to 176mm of rain a month by December, making this one of the more humid seasons in Cairns.