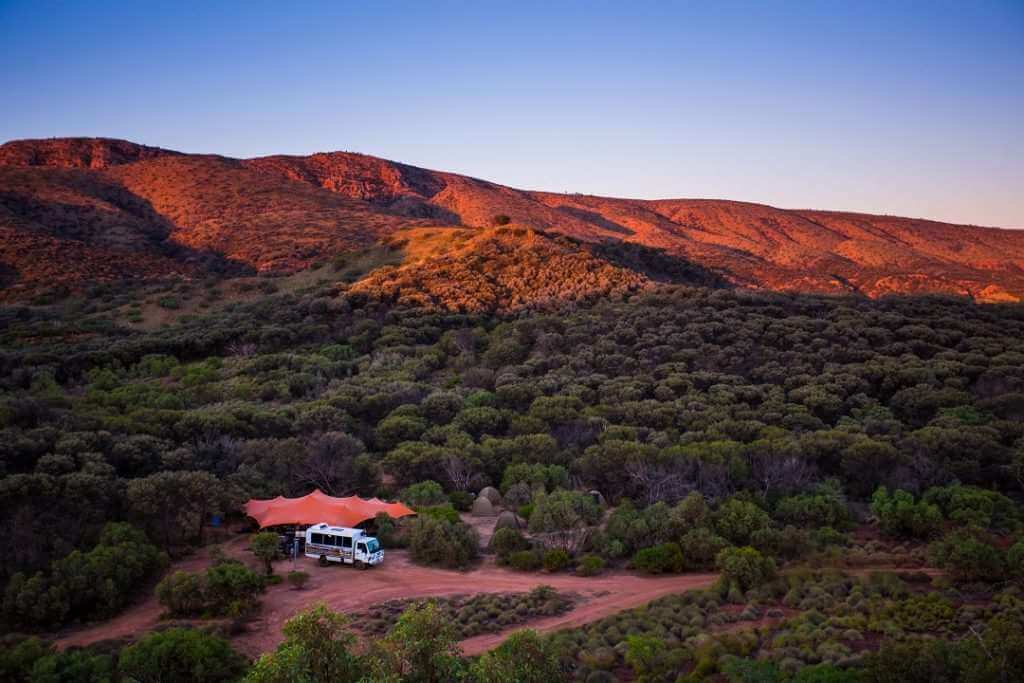 Situated within Australia’s Red Centre, the climate in Alice Springs is much more extreme in comparison to the coastal cities you will also get to visit, as it has a semi-arid climate which makes it very hot and dry during the summer. Temperature can still change dramatically from day to night, however, and the amount of rainfall varies from year to year, too, though it does tend to be dry.

The autumn season, between March and May, is one of the best times to visit the Red Centre, as Alice Springs during this time experiences warm days and cool nights with little variation, reaching highs of 32°C and lows of 8.2°C in the cooler month of May.

The winters in Alice Springs which span from June to August are a dramatic contrast to the scorching summers, where night-time temperatures can even fall below 0°C. Temperatures during these months range from 4°C to 23°C, meaning that this is still a pleasant time of year to explore the town during the day, though you should still pack warm clothing for the cooler times of day.

Spring is one of the more dramatic times of the year, and the weather can be extremely temperamental, even involving thunderstorms, hail and dust storms at times. Temperatures vary greatly from 10°C to 33°C across the averages, and there is more rainfall than in the winter, with a mean of 28.5mm falling during November. Despite the varying weather, this is still a great time of year to enjoy Alice Springs, with wild flowers sprouting up around the area, as well as the Alice Desert Festival that takes place every September for you to get involved with.

Summers in Alice Springs can be incredibly hot, with the minimum temperature at around 20°C in December, reaching average highs of 36.4°C in January. This time of year also sees the most rainfall, though the area is still dry even by Australian standards, with the most rainfall occurring in February with a mean of 43.9mm. Hats and sun cream are essential during the summer here, as the sun’s rays can be extremely intense. You should also drink lots of water to avoid the dehydration that can hit you so quickly during a summer in Alice Springs.