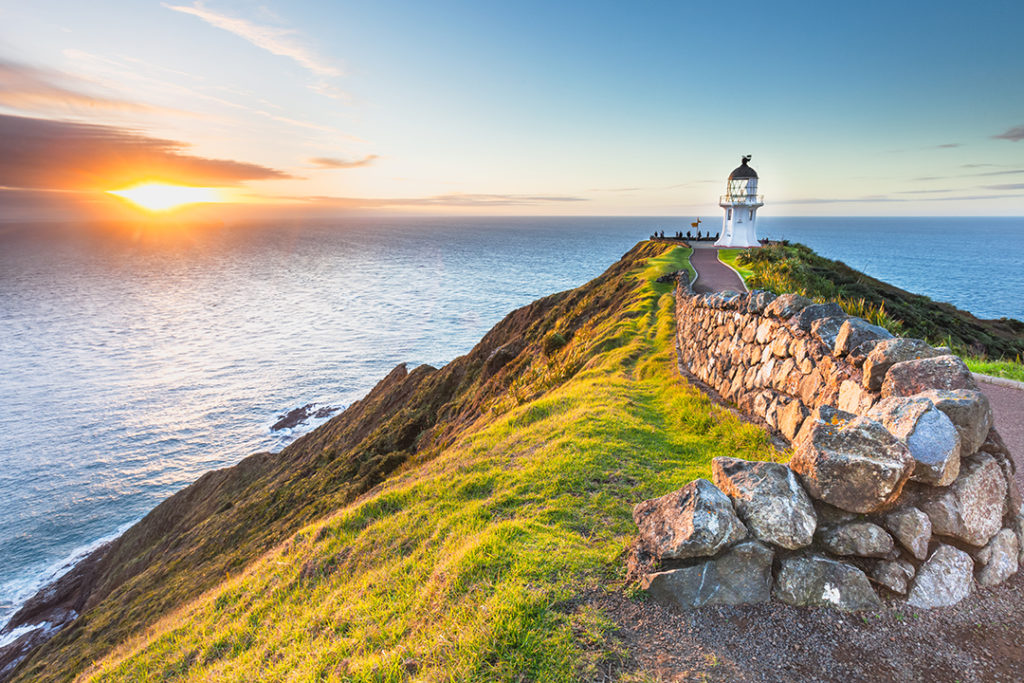 The Bay of Islands is located at the far north of the North Island, positioned on the east coast. The bay is a natural harbour, and contains 144 islands. It is highly popular amongst tourists due to sailing, and the fact it is great for fishing. It has also been found to have the second bluest sky in the world, behind Rio de Janeiro in Brazil. It is a semi tropical climate, thanks to a southerly flow of warm water from the South Pacific. It is also known as the “Winterless North” as popular fishing, swimming and other water-based activities can be enjoyed all year round.

The summer of December, January and February brings temperatures which can creep into the low 30’s. Average temperatures do not fluctuate too drastically, with average lows being around 25°C, and highs being around 26°C. January and February will see the warmest of the summer temperatures, which will also bring large amounts of sunshine with it, thanks to an average of 135 days of sunshine a year. Night time brings a pleasant wind, meaning temperatures are comfortable enough to venture out on a walk, without being too cold.

Cooler temperatures start to set in, bringing a beautiful hue of varying colours across the region. Starting in March, temperatures remain quite high, averaging 24°C. This is thanks to the tail off from summer. As it heads through April and May, temperatures will start to drop slightly, with average highs in the low 20’s, and low temperatures of around 11°C.

As previously mentioned, the “Winterless North” in the Bay of Islands means that temperatures will still remain relatively high, whilst also staying comfortable. This means that winter is a perfect time for exploring many of the great things that the Bay of Islands has to offer, which includes swimming with dolphins and regular boat cruises.  From June to August, temperatures average highs of 16°C, with lows reaching around 7°C. However, winters have previously experienced temperatures up to 25°C, so be prepared for all weathers when you are packing your bags!

Spring months are from September until November, and are often known as the magical months. This is due to the vast range of flowers being in bloom, bringing spectrum of gorgeous colours to the region. This time of year it perfect for just enjoying the beauty of nature surrounding you, walking around at your leisure and enjoying the stunning sights surrounding you. Average high temperatures reach around 19°C, whilst lows remain in the low double figures, sometimes creeping into the singles. It is worth noting that spring does tend to bring increased chances of rainfall, so a light waterproof is highly recommended!