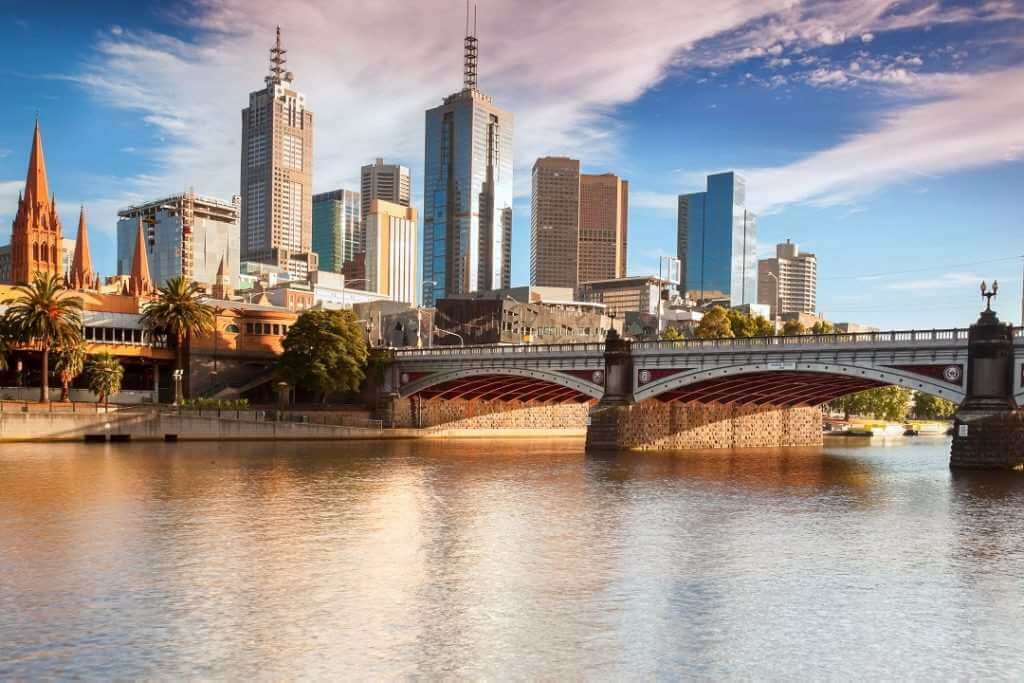 Melbourne is one of Australia’s most varied cities when it comes to the weather, and is often referred to as having four seasons in one day. Though its weather can sometimes be unpredictable, Melbourne’s weather generally fits the pattern of warm to hot summers, mild but temperate springs and autumns, and cool winters. The amount of rainfall the city receives also varies, but is often the highest between May and October.

Summer is the hottest time of the year, and falls between December and February, with top temperatures reaching 26°C in January and February, averaging between 14°C and 25°C. The summer is mostly dry and hot, with many outdoor sporting events, such as the Australian Open, taking place during the season.

Autumn comes in March, April and May, with temperatures generally ranging from 9°C to 14°C. There is also more rainfall in the autumn, with April seeing the most with an average of 57mm. Although there is a higher risk of rain, this is a great time of the year to see a change in the seasons as the leaves change their colour and fall from the trees in the city’s parks and gardens.

In winter, which spans June, July and August, the temperature sees another drop, ranging from around 6°C to 15°C – a pleasant winter by British standards! There is also less rainfall compared to the autumn, averaging 50mm in August. Even if the weather doesn’t go in your favour, however, there’s still plenty of Melbourne to enjoy indoors, including museums, galleries and performance venues.

Finally, the spring, which is enjoyed in Melbourne in September, October and November, is when the city begins to burst into life once more, welcoming more outdoor events such as the Melbourne Cup Carnival. Spring reaches its warmest in November, when the average can reach up to 22°C. It is, however, the wettest season, with October rainfall totalling up to 66mm – don’t forget to pack your umbrella if you’re visiting Melbourne at this time of the year!

In the end, Melbourne is one of those cities where you’re going to need to pack for all occasions, including an umbrella, summer clothes and extra layers, so that you’re ready to enjoy your time there no matter what the weather.