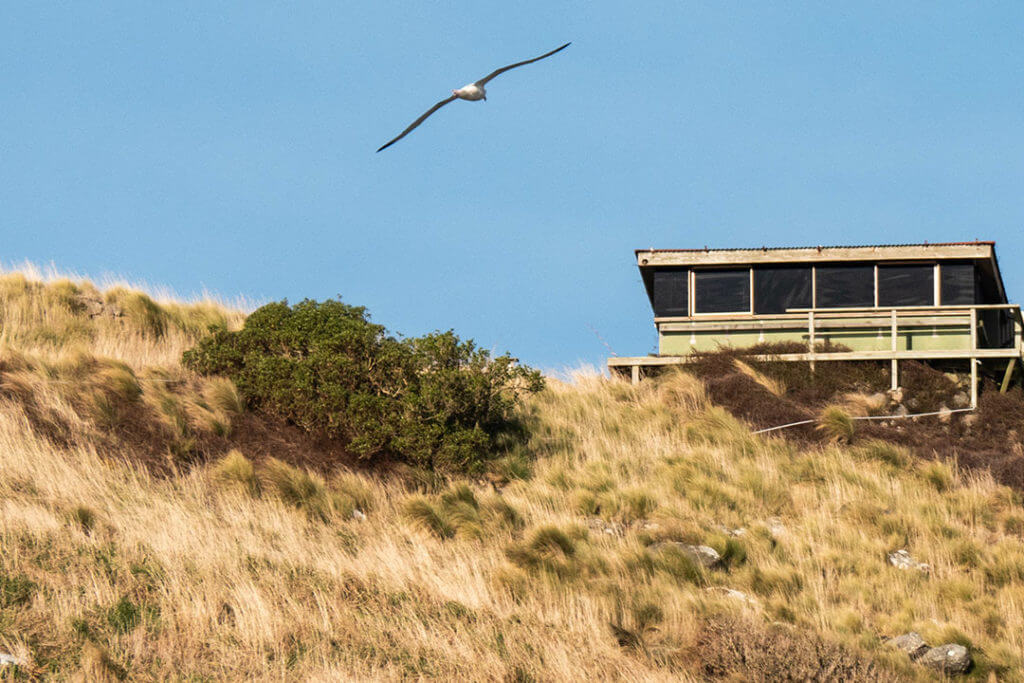 The Otago Peninsula on South Island’s east coast is a top destination for nature lovers, known for its seals, penguins and seabirds. One of its premier wildlife attractions is the Royal Albatross Centre, the only mainland location in the world where the impressive Royal Albatross breed and nest. With an enormous 3-metre wingspan, these are the largest seabirds in the world and the opportunity to see them up close is not to be missed. As an optional excursion on our group tour to New Zealand, you can choose to join us on an unforgettable visit to the Royal Albatross Centre near Dunedin.

Departing from the Dunedin i-SITE, your 4-hour experience begins with a scenic drive along the Otago Peninsula past beautiful coastal landscapes to the Royal Albatross Centre, which is located at the foot of Taiaroa Head. A knowledgeable guide will then give you a 60-minute wildlife tour around the Royal Albatross Centre, learning about how these seabirds came to settle at Taiaroa Head, and how they live and breed in this unique location. This is followed by a viewing of a short film created by Natural History NZ, before taking a short uphill walk to the Royal Albatross Centre’s dedicated viewing observatory. Here you can see the nesting albatross and many aspects of an albatross’ life, from male albatross courting the females to mothers guarding their chicks, parents-to-be building their nests and young albatross playing and posturing. The albatross come and go here at their own leisure, and you may even see some majestically gliding through the air.

After tearing your eyes away from the fascinating breeding albatross at the observatory, there’s also the chance journey beneath the albatross colony and explore the hidden tunnels of Fort Taiaroa. Built over a hundred years ago to protect the shores from Tsarist Russia, these tunnels also played a role during World War II. These tunnels are a fascinating place to visit, especially for those interested in military history. Among the exhibits you can see in the tunnels are the Armstrong Disappearing Gun, the first ever successful breechloader, constructed in 1886, and the fully equipped Battery Observation Post.

Once you’ve marvelled at the history that lies beneath the albatross colony, you’ll be transported back to Dunedin. Arriving back in Dunedin mid-afternoon, you’ll have the rest of the day free to explore more of this charming city.